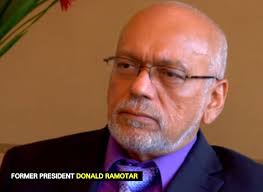 Since the PNC-led APNU/AFC lost the No-Confidence Motion vote in the National Assembly Guyana has been going through very difficult times. This struggle has many dimensions all of which have consequences for the country as a whole and for each individual Guyanese.

The APNU and AFC leadership together with a few of their sympathizers in the media have unleashed vicious and vile attacks on the international community. This was in response to the  imposition of mild sanctions against those involved in attempts to rig the count of the March 2, 2020 elections along with their intellectual authors in the APNU+AFC.

One of the charges made is that CARICOM, the US, UK, Canada and EU among others are interfering in our internal affairs by calling for the regime to step aside and to allow the real victors of the elections to be sworn in.

That is not interference! Interference is when outside forces take a stand against the people of a country to assist undemocratic forces. This is clearly not the case here.

The stand taken by all the forces internally and externally to have these elections declared on the basis of the recount place those governments and organisations firmly on the side of the people of Guyana; the workers, the farmers, the democratically minded intellectuals, the private sector, everyone.

They have taken a stand to protect our region, to prevent a virus from infecting the democratic traditions of the Caribbean. This is vital to strengthen the democratic credentials of our region. It will bring greater recognition to the region and would lead to enhanced economic progress and more influence internationally.

For the US, UK, Canada, EU, Brazil, it will improve their standing too. After all they are on the side of the people and for the welfare of this country. They deserve the highest praise for standing up with the broad masses of our country.

So, it is very clear that the call to respect our Constitution, to respect the will of the people as expressed in the March 2, 2020 elections cannot be described as ‘interfering’.  No, this is solidarity for which all democratically minded and peace-loving Guyanese must be thankful.