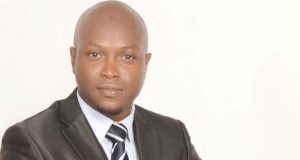 The police’s Special Organized Crime Unit (SOCU) have begun combing through the finances of People’s National Congress Reform (PNCR) member, James Bond, as it continues investigations into the large scale giveaway of prime state lands at Peter’s Hall, East Bank Demerara.
Sources close to the investigation confirmed this with Kaieteur News.
Bond also posted about SOCU digging into his finances, on his Facebook page.

“Good morning Guyana. My persecution continues. All the companies I’ve dealt with are above board. All the clients I have dealt with are also above board. Yet the PPP convinced a Judge of the High Court to grant an order for SOCU to have access to my accounts. SOCU is now going to people I’ve done business with asking questions like, did James Bond pay you this amount of money and why,” Bond stated in his social media post.

The attorney-at-law is accused of being the mastermind behind a number of land deals which saw 30 acres of state land being transferred to Chinese national, Jianfen Yu.
Not only that, Bond was said to have also pocketed more than $120 million from both deals.
He was fingered by two businessmen embroiled in the scandal – Life 1 Pharms Inc. Director, Avalon Jagnandan; and Director of A-Z Pharmaceuticals Medical Supplies and Equipment Inc., Eddie Doolal.
While in police custody, Doolal and Jagnandan reportedly told police that not only was the PNCR senior member the brains behind the operations, he also received a hefty payoff from both deals, amounting to more than $100 million.

That was not the only land deal that Bond also allegedly benefited from.
Kaieteur News would have reported that Bond received a US$1 million payment from Trinidad logistics company, Lennox Petroleum, for the sale of 10 acres of land leased to ARKEN Group Inc.
In that deal, ARKEN and its principal, Jermaine Richmond, leased from NICIL 20.8 acres of land at Peter’s Hall on May 9, 2018 for a 20-year period at US$16,224 per year. ARKEN later sold the 10 acres to local logistics company GLASS Holdings Inc. on October 10, 2019 for $200M.
It was Bond who allegedly pocketed the funds.

Documents received by Kaieteur News showed that the monies were sent directly to a local bank account with Bond’s name as the receiver.
Such a large transaction should have immediately triggered red-flags but it would appear, trigged none, causing questions to be raised as to how many more large transactions like this have passed under the radar.

As per the Anti-Money Laundering/Countering the Financing of Terrorism (AML/CFT) Act 2009, the city bank, deemed the “reporting entity” is required to pay special attention to “all complex, unusually large business transactions, unusual patterns of transactions, whether completed or not, that have no apparent economic or lawful purpose and inconsistent with the profiles of the persons carrying out such transactions.”
That reporting entity would also have to “verify the background and purpose of the transactions or business relations and record its findings in writing.”

Then, that information would be transmitted to the Financial Intelligence Unit.
The FIU was established and operates within the ambit of the Anti-Money Laundering and Countering the Financing of Terrorism Act (AML/CFTA) 2009 and its Regulations.
The Unit, which has responsibility for requesting, receiving, analyzing and dissemination of suspicious transaction reports and other information relating to money laundering, terrorist financing or the proceeds of crime, should have been notified about Bond’s bank transaction, but was not.

In addition to this, a source from the Bank of Guyana (BoG) explained to Kaieteur News that Bond’s transaction should have raised concerns because of the mere fact that he is in the political lime light.
“If you are a politically exposed person, PEP, one is supposed to examine it a number of times. It does not just go away like that, go unchecked like that. PEPs are looked at differently, so any transaction should have raised eyebrows,” the source explained.

The transactions would have raised eyebrows for a number of reasons, There are few lands remaining on the stretch up to Diamond/Golden Grove.
Normally, lands leased by NICIL are not to be sold.
Investigators want to know why NICIL adjusted its clauses of the agreements to allow the principals in the Peter’s Hall transactions to sell, when other such documents prohibit.
It just so happens too that Bond is a practicing attorney-at-law.
Among other things, investigators wanted to know whether the lands were advertised so that all Guyana could have been granted an opportunity.