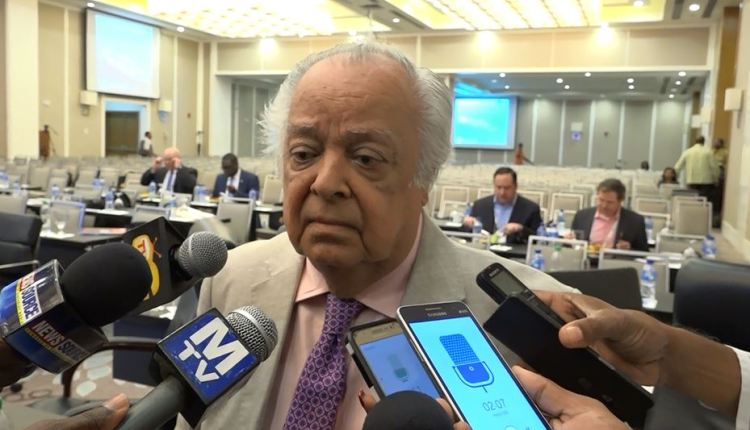 I applaud the thrust of former Minister Dominic Gaskin’s sentiments and advice, published on March 20th, 2020. I thank all gods that there is a younger generation like him still. They can save Guyana.

As the country, this week chooses a path that will lead to either a good Guyana led by a credo of values and principles, or a failed state that has abandoned them, Gaskin’s statement prompts me to remind Guyanese that at the moment of independence, we collectively pledged to each other what we would be.

That pledge was reflected in both the Constitutions of Independent Guyana in 1966 and of the Republic of Guyana in 1970, which I had a hand in writing, as well as in the 1980 Constitution, written 5 years after I had left Guyana to take up the post of Commonwealth Secretary-General.

The pledge was as follows: “the People of Guyana” acknowledged and affirmed that ‘respect for the inherent dignity and the equal and inalienable rights of all persons are the foundations of freedom, justice and peace in society’; ‘the entitlement of all to the fundamental rights and freedoms of the individual’; and ‘’recognised that these rights and freedoms are best established and secured in a democratic society founded upon the rule of law”.

In each of the three Constitutions – the 1966 and 1970 ones that I drafted, and the 1980 one that I did not, the first Article made the same declaration: “Guyana shall be a sovereign democratic State”.

The 1980 Constitution (which was part of the project for “Modernisation of the Justice Administration System”) which prevails today, declares: “WE, THE GUYANESE PEOPLE, proud heirs of the indomitable will of our forebears, in a spirit of reconciliation and cooperation, proclaim this Constitution in order to…. forge a system of governance that promotes concerted effort and broad-based participation in national decision-making in order to develop a viable economy and a harmonious community based on democratic values, social justice, fundamental human rights, and the rule of law.

As citizens of Guyana, we adopt these fundamental laws and make provision for their amendment to reflect changes in our society, inspired by our collective quest for a perfect nation whose characteristics include the commitments, concepts, and other principles proclaimed in this preamble”.

These were new words, but not new ideas or values.  The values and rights, themselves, are changeless. In them are the DNA of Runnymede, of the French Revolution, of the American founding fathers; the genes of the Civil Rights Movement in the United States of America and the Anti- Apartheid struggle in Southern Africa – in both of which an impoverished Guyana played a noble part.

“The collective quest for a perfect nation”, remains the collective goal of the Guyanese people.  If events [this] week are treated with the solemnity and purpose, asserted in every Constitution of Guyana since independence, based on a commitment to democracy, the rule of law, human rights and in the spirit they proclaim of “reconciliation and cooperation”, our nation has every opportunity to overcome and prosper.

When the Court pronounces [this] week, it is upon what is truly constitutional that it must pronounce.  By so doing it will allow all the parties and the people of Guyana to move forward lawfully and in fulfilment of their solemn pledge to each other – a significant part of which should be to return to the recommendations of the 1998 Herdmanston Accord which called for constitutional reform and outlined the process to achieve it.

Note to Editors:  Sir Shridath was one of CARICOM’s “Three Wise Men” that brokered the 1998 Herdmanston Agreement after the impasse of the December 1997 General Elections in Guyana.