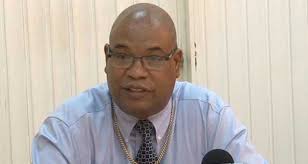 “You are like salt for the whole human race. But if salt loses its saltiness, there is no way to make it salty again. It has become worthless, so it is thrown out and people trample on it” – Matthew 5:13. These are the words of our Lord and saviour, Jesus Christ.

How relevant is this for the church and more particularly its leaders in Guyana at this time. Eleven days have now passed since Election Day for the General and Regional Elections 2020. No official declaration has been made, and our nation is on a path that must be salvaged.

The silence from the evangelical, Charismatic Pentecostal Church, both denominational and independent is unbelievable. The church may very well not be able to be relevant and speak again on any matter of National importance based upon its present omission of duty. This is unacceptable. The hundreds of pastors and tens of thousands of congregants who believe that the Bible is the inspired word of God and should guide our actions must sit up, stand up and re-think this condoning of electoral fraud by choosing the way of saying nothing.

When there was a successful passage of the No Confidence Motion and the subsequent events which included the spurious court cases, the attempts at delaying elections, breaches of our financial laws and breaches of our Apex Court; the leadership of the church chose in the face of these violations of our constitution by the Granger administration to remain silent. We were mocked by people who expected us to stand for righteousness.

The wrongs that we compromise with are the ones we are guilty of practicing and condoning. Is it because of race, class, or political affiliation that our righteous garments are now tattered? Where are the prophetic rebukes? Where are the prophetic directions? Where are the words that direct the nation and all who are involved to act righteously and with integrity? Why the silence? Are we no longer salt? We boast that many of the actors in Government, GECOM, the joint services and in public service are our congregants. Shepherds lead the flock. Our leadership is being examined by the world.

I condemn in the strongest possible terms the indecency, the unashamed attempts to insult the intelligence of the Guyanese people by the deceptive and contrived statements being made on social media and in other circles, to excuse the vulgar abuse of process and the conspiratorial ploy to rig elections 2020.

Where are the clean hands and the pure hearts in this matter? The APNU+AFC is continuing with its unwillingness to obey the constitution; to allow for the rule of law, and to follow democratic principles and international best practices because they are receiving tacit support by the silence of some but particularly the Charismatic Pentecostal Church community both denominational and independent. This is wrong and must come to an end immediately.

At the time of writing, the Private Sector, the Labour Movement, Muslim and Hindu organizations, the Roman Catholic Bishop, International observers, powerful political players from the USA,  UK,  Canada, the EU, the CARICOM, the OAS, the UN, Commonwealth, the Carter Center, more than 80 international civil society organizations, the Nelson Mandela Elders’ Group, the US Secretary of State and others have all expressed concern about electoral fraud and the need for credible election results to be arrived at in a transparent manner. Come on, my brothers and sisters.

I speak the truth in love.