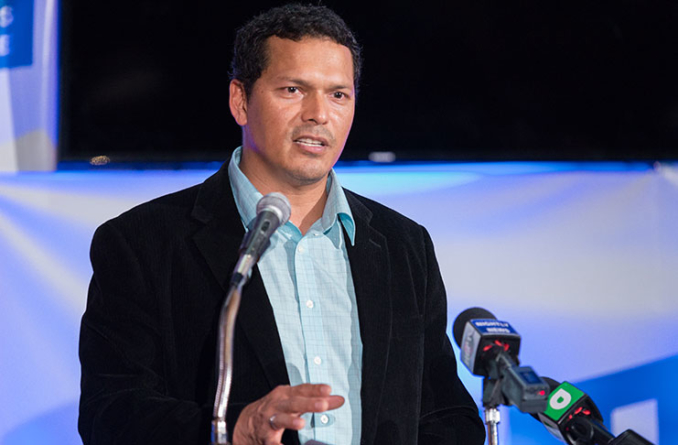 The Guyana Elections Commission (GECOM) has written to Lenox Shuman, the leader of the Liberty and Justice Party (LJP), to allow him a chance to prove he was not a citizen of a foreign state on Nomination Day.

“The contention at the level of the commission was that once those persons would’ve declared on Nomination Day that they do not hold dual citizenship when in fact they did at that time then they should not [contest] however they have also allowed those persons to provide just cause or reasons why they should remain on the list and that is what has happened in that case…it is an exercise of due process,” GECOM’s PRO Yolanda Ward told Stabroek News in an invited comment on the matter yesterday.

A statement from the LJP yesterday condemned reports that Shuman had been removed from the list as “grossly inaccurate” and “false stories…published without due diligence.”

According to the LJP which is contesting as part of a joinder of lists with A New United Guyana (ANUG) and The New Movement (TNM), this week’s media content is an attempt by the larger parties to discredit and diminish support for the smaller parties.

It noted  that the Chair of GECOM Justice Claudette Singh, on Wednesday January 22, 2020 wrote to the party requesting confirmation of Mr. Shuman’s citizen status to further guide any future decision on the possibility of removing Mr. Shuman as a Candidate from the Party’s list.”

The party has committed to complying with the letter’s January 31 deadline.

On Tuesday members of the commission told reporters that Shuman along with Dr Vishnu Bandhu and Valerie Leung would be removed from the list which was erroneously gazetted with them as candidates.

Shuman had indicated his desire to renounce his citizenship and told reporters on Nomination Day that the issue was settled. However the commission has not been provided with any documented verification of this.

Article 155(a) of the Constitution specifically disqualifies from election to the Assembly a person who by virtue of his own act is under any acknowledgement of allegiance, obedience or adherence to a foreign power or state.

By declaring themselves candidates while citizens of a foreign state, these persons have contravened the provisions of the Statutory Declaration Act and according to the Act have committed a misdemeanour offence for which they could be sentenced to one year’s imprisonment.

The commission has directed Chief Election Officer Keith Lowenfield to write to the police on the matter.