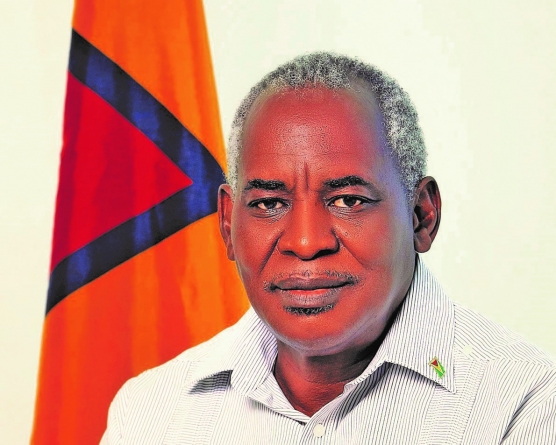 Assisting inmates to smuggle contraband and other corrupt practices at the penitentiaries have resulted in the dismissal of several prison officers.

This revelation was made by Home Affairs Minister Robeson Benn during an interview with the media on Monday, after he was questioned about the frequent jailbreaks – the latest being on Saturday where two murder accused escaped from the Lusignan Holding Bay.
Benn shared concerns over the level of corruption among prison officers and inmates, which he related has resulted in frequent checks. In most cases, contraband is being smuggled into the prisons.
“The issues of people escaping from the prisons has to do with poor administrative issues at the prison. There is corruption at the level of the prison officers. We have been firing prison officers for smuggling ganja, rum, vodka, whiskey, cigarette. There are issues of them making knives there, and so searches have to be conducted,” he explained.

During previous checks at the penitentiaries, improvised weapons, cell phones, alcohol and other illegal items were found and seized. In July, the confiscation of contraband led an inmate to set fire to the Lusignan Prison, East Coast Demerara – burning the entire structure to the ground.
Earlier this month, two prison officers were arrested after a search unearthed 894 grams of marijuana at the Lusignan Prison Barracks. The police said that a search was conducted at the Prison Barracks housed at the Cecil Kilkenny Training College. A black plastic bag was unearthed in a cupboard hidden under a sink and it was opened in the presence of the two prison officers and two large transparent ziplock bags of cannabis were found within.

One of the officers, 34-year-old Quincy Jemmott of Schoonord, West Bank Demerara (WBD), pleaded not guilty to the charge and was granted bail.
Contraband smuggling has been a perennial problem within the local prison system, and this is compounded by the fact that both prison wardens and police officers are facilitating the illegal trade, which is said to be “big business”.
In October, four prison officers were arrested after they smuggled a bottle of rum and a pack of cigarettes into the Lusignan Prison the weekend prior. These officers were subsequently charged and interdicted from duty. Furthermore, five other prison officers were relieved of duty back in July after they were implicated in an incident wherein a parcel containing cannabis had been thrown into the Lusignan Prison Holding Bay area.

While the authorities have been struggling to curb the illegal practice, there has been a breakthrough in the apparent network among rogue officers.
Meanwhile, the Minister also referred to other scenarios – there are reported instances of prisoners being held at “ransom” by elements within the prison walls.
“They have cell phones and couple of them will hold on to some unfortunate person, perhaps who has money or whom money could be extorted. They will take a picture or a video and put knives to his throat and say ‘pay money to us or else’. All of that is going on.”
As it relates to Saturday’s prison escape, Phillip Jhagroo and Donald Baird remain on the run. They are both accused of murder and authorities have asked that they surrender themselves to law enforcement.