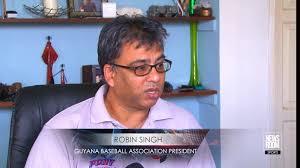 No government installed based on an electoral result that includes the unverified District 4 tabulation will be recognized as legitimate. Even to the dense, this much must be clear. There will be ever-increasing sanctions, both personal and national from the major players in the affairs of nations, the US, the UK, and the EU. Two questions arise, who would be willing to endure such sanctions and why?

The Executive is more than the President; David Granger seems willing to face whatever comes his way in his quest to retain the crown, do the others who will be asked to serve with him fully understand the calamity he is bringing down on their heads? Do those now clearly identified as complicit within the GECOM machinery think they are safe from sanction? Personal sanctions once applied, leave a stain that is never lifted, much like a criminal conviction, it haunts well past redemption. One can live with travel bans and without a bank account but a life without respect from your peers, your countrymen and any new acquaintance are debilitating to the soul. No one will do business with Guyana or in Guyana for fear of being caught in the sanctions net; businessmen do not flock to sanctioned shores.

Which brings us to the why; why would anyone willingly become an international pariah? I do not buy the ‘oil’ theories, I know the first oil monies were not deposited in the New York Federal Reserve and that may have been a move in anticipation of sanctions as the USA is well known for freezing assets, but how would Guyana receive future oil revenues? Talk by APNU+AFC loyalists of nationalizing the oil fields and hiring Chinese companies to manage them is utter nonsense and better suited to the rum shops from whence they emanated. Which brings me to the subject of Messrs. Ramjattan and Nagamootoo, both of whom have strong familial ties to the United States. Have they considered the consequence to those family members and their financial well-being? I am a great admirer of President Trump and one of the reasons is that he is not known for half-measures.

Editor, it would seem some persons have decided it has to be Granger’s APNU+AFC or bust, my caution to them is to explore fully what ‘bust’ entails, for the actions that are taken now have consequences for the rest of their life. At this point, national sanctions or embargoes are too much for me to contemplate as I believe the situation is still salvageable should persons involved find reason.