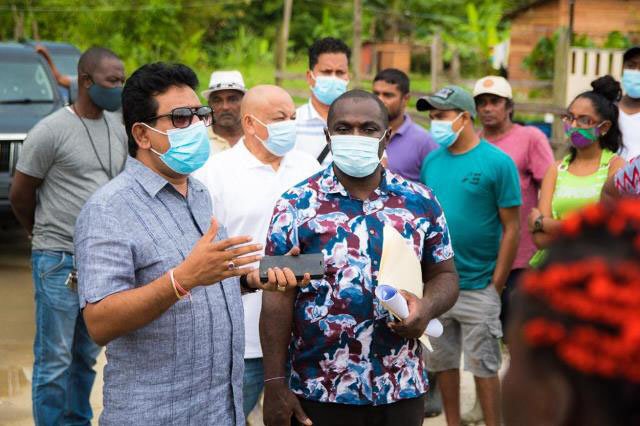 Attorney General and Minister of Legal Affairs,  Anil Nandlall along with Minister of Public Affairs, Kwame McCoy, yesterday met squatters at Sarah Johanna, East Bank Demerara in another bid to resolve a land controversy there.

Squatters have occupied approximately four acres of transported land said to be owned by Rafiek Baksh. The owner is currently seeking the use of his land and has asked the squatters to relocate, but many have been reluctant to do so. In light of this, the Government stepped in to help settle the matter.