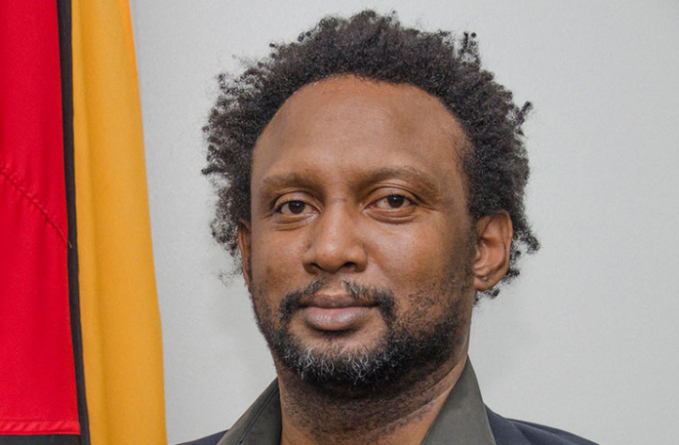 Co-founder and Executive of The Citizen Initiative (TCI) party, Ruel Johnson was on Monday asked to step back from any active duties in the organisation after allegations by his ex-girlfriends of sexual exploitation and violence went viral on Facebook.

The party posted on its Facebook page a message signed by its Presidential Candidate, Rondha-Ann Lam and the Executive saying; ‘Multiple posts have been brought to our attention with reference to Mr. Ruel Johnson and acts of violence, sexual and verbal abuse. One such woman has now openly made allegations of her experiences with Mr. Johnson. TCI takes any such accusations seriously and as such we have asked Mr. Johnson to step back from any active duties in TCI while this matter is investigated by the relevant authorities.”

Johnson, who actively rallied against Bishop’s High School teacher, Coen Jackson in 2018 to be jailed for sexual abuse, is now being accused of the same vile act. Youth Activist and Columnist at Stabroek News, Akola Thompson, broke her silence against Johnson on Monday, by way of a harrowing Facebook post.

Efforts by this newspaper to contact Johnson for a response were futile, but he said in a statement on social media “This is very deliberately short on specifics and a great deal of glossing over of fact. Yes, I met her at a poetry reading when she was 17 and at the time living with someone and with a child. And, yes, she was very talented with her poetry. What was initially a brief and stupid fling was ended by me on the basis of her age – there was no grooming, and certainly no prior relationship. There was no steady stream of alcohol because at the time I could not afford any but that was a very deliberate fiction. Over the years, we would occasionally reengage until we entered a full and open relationship as she highlighted. It was toxic and a lot of fighting from a shitload of gas lighting on her part and yes, a great deal of anger and suspicion on mine. What you presented above is a very clever mixture of truth and deliberate lies.”

Pretender
Thompson shared her years of traumatic experiences with the politician and Kaieteur News’ Editor, who she said manipulated his way into her life, by pretending to want the position of mentor. “He would use the pretense of the writing mentor to gain access to me and would coerce me through a steady stream of alcohol (I rarely ever drank) and manipulation.

Guidance would be given on my work yes but he would always find some way to make sexual comments and innuendos. There was always some sexual joke to be made, some secret, some lingering look and touch. Ruel would refer to me as his “Lolita.” He recommended I read the book. I did. I couldn’t quite gather at the time or even now, what I was supposed to find endearing about the name,” Thompson said in her post.

She went on to narrate her story; “At 16, I was in a physically abusive relationship with my daughter’s father. I had a history of trauma… Predators who don’t want to deal with pesky grooming laws seek out 16/17 year olds intentionally. They are master planners. “
Thompson said because she was a child raised on trauma, she was more susceptible to Johnson’s acts. “He would begin inviting me over to him for our writing sessions. All pretense of the writing mentor falling away to reveal its true ugly nature. He would ply me with alcohol…”

She said that Johnson was both in awe and envious of her talent, intelligence, and desirability. “He was intensely paranoid and possessive. He would try to pressure me to marry him, to have a baby for him, to promise to stay with him forever. He was verbally, emotionally and mentally abusive to me throughout. He would stalk me. He would show up to my home uninvited. He would constantly go through my emails and social media. He would send nasty messages to my friends and try to isolate me from everyone. These are all tactics of abusive and narcissistic psychopaths. He would frequently wake me out of my sleep to question me about another one of his paranoid delusions concerning me. He would shout, curse. He would punch walls, slam tables and use his bodyweight and size to intimidate me into small corners of myself… One night, on another one of his drunken paranoid benders, he got physical with me. He would lift me up and literally throw me out of his apartment. I knew then I had to leave because things were on a continuous downward slope.”

Meanwhile, Sinah Kloß, a German ex-girlfriend of Johnson, also came forward to share her experience with the alleged psycho. “I was his girlfriend for two years. I believe every word Akola has written. Although I was far from being a minor, he managed to manipulate me and slowly decreased my self-esteem, as is common in histories of domestic violence and is a common strategy of people who have a narcissistic personality disorder. I was suffering from a burn-out due to a stressful finishing phase of my PhD dissertation, a phase in which I was completely let down by him, the details of which shall not be discussed here on Facebook. Also, my father was dying of cancer, adding to my stress and depression. He used this moment of vulnerability to exert power, control me, abuse me verbally, and make himself feel in charge, spit at me. I was called a “miserable c…t” so many times that in the end it didn’t even hurt anymore,” Kloß posted on her page.

Both women have since said that they have no political agenda but wish to speak up now to protect future victims and breaking this known pattern of abuse to young women and girls. Thompson said her recounts shared, are but a few, and that there are many more stories and other victims. “At the end of all of these physical/sexual/verbal/mentally abusive interactions, Ruel would frame the women as the problem. He would make reference to their/our mental and emotional state, saying that we are unstable, need help and are just trying to taint his name,” she said.