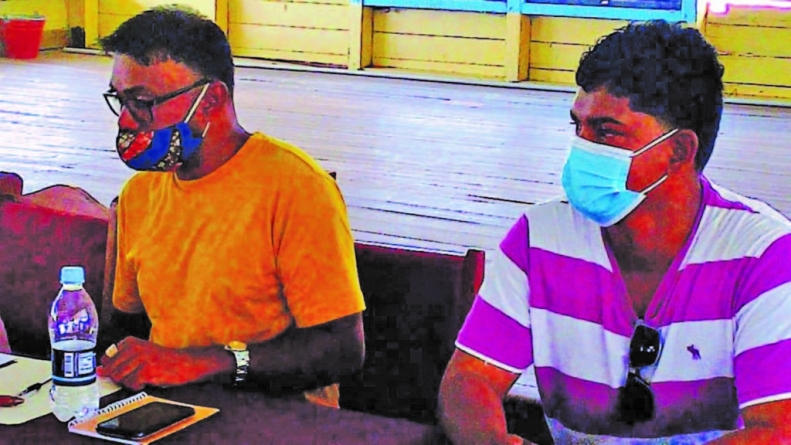 A new Mayor and Deputy were on Wednesday morning elected to serve Rose Hall Town, Region Six (East Berbice-Corentyne) for the next year since, at the elections, the outgoing Mayor was not nominated to serve another term.
The new Mayor is 38-year-old Dave Budhu and the new Deputy Mayor is Roydell Lewis. The other towns in Region Six – New Amsterdam and Corriverton – have already held their elections and both Mayors and their Deputies were re-elected.
On Wednesday, outgoing Mayor of Rose Hall Town Chattergoon Ramnauth along with some other Councillors walked out of the meeting following the election.

During Wednesday’s proceedings, it was revealed that the municipality is in financial deficit. Councillor Vijay Kumar Ramu, who also once served as Mayor, expressed alarm at the news of the municipality being $8 million in debt, noting that two years ago he left a municipality which was prospering. He was also very critical of the Council’s solid waste management.
Meanwhile, the new Mayor said he wants to develop the entire township. He assured citizens that the Council will be working for them.

“We will try to address the solid waste. Right now it is getting out of hand. I will get to the drawing board with the Superintendent of Works. We have to get some equipment in place. We had a good plan between 2016 and 2018, now that I am in the position, I want to guarantee the residents of the township that we will ensure that solid waste will not be a problem; or such a big problem any longer,” Budhu said.
He admitted that the town also has difficulties tackling its drainage and irrigation system which will be rectified over time.

“I ask the residents to bear with us and we will get the drainage rectified.”
Asked about plans in place to generate revenue now that it has been revealed that the Town Council is in debt, the newly appointed Mayor said those plans could not be disclosed at this point in time.
“We do understand that the Council is in a financial situation. There are projects that we have in mind which will generate income. However, I will not disclose those projects now, I have to discuss it with the Council first before [disclosing them],” the new Mayor told reporters.