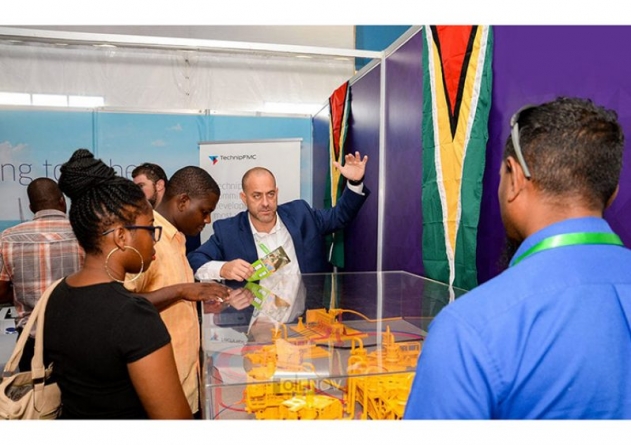 GUYANA’S President, Dr. Irfaan Ali, has promised that the new administration will work towards the development of a robust business environment that promotes wealth and job creation.
He voiced this commitment recently during an address to the members of the American Chamber of Commerce (AmCham) Guyana. AmCham is an organisation which represents and provides support for U.S. enterprises doing business in Guyana and helps to build mutually beneficial relations between Guyanese and American companies.
Several firms operating in the oil and gas industry are members of the Chamber, including ExxonMobil, Hess, Baker Hughes and Total.

“My administration will not be neglectful or indifferent towards business. We will ensure a robust business environment in order to sustainably generate wealth and create jobs,” the President told members of the body during their virtual Annual General Meeting.

Meanwhile, Guyana’s new Senior Minister with responsibility for Finance, Dr. Ashni Singh, who previously served in a similar capacity under the People’s Progressive Party/Civic (PPP/C) Government, pre-2015, said the administration will work towards modernising the country’s infrastructure and advancing the institutions necessary to support businesses.
“We aim to build, in the shortest possible time, a truly modern Guyana with world class infrastructure that improves connectivity and unlocks the vast potential of our economy and of the Guyanese people,” he stated, adding that they will also ensure that the required supportive infrastructure is provided.

“Our plan includes ensuring the availability of a highly skilled workforce and state institutions that encourage and facilitate rather than hinder and frustrate the operations of the private sector,” Dr. Singh said, adding: “In this regard, reducing bureaucracy and removing bottlenecks to doing business will be an important pillar of our institutional reforms.”
The International Monetary Fund’s revised 2020 growth figure of 26 per cent for new oil producer Guyana is still the fastest in the world with growth in 2021 and 2022 projected to be eight per cent and 29 per cent respectively. This unprecedented economic take-off, fueled by the multi-billion-barrel hydrocarbon resources discovered offshore, is set to transform the South American country, making the ease of doing a business a critical area of focus for the new government.