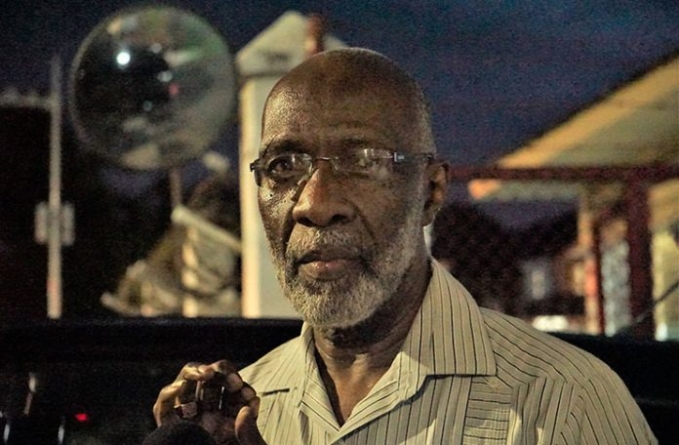 Hours after a controversial declaration of Region Four’s results, a Commissioner of the Guyana Elections Commission (GECOM), Vincent Alexander, made it clear last evening that there are no legal obligations to verify the results in front of observers and party officials.
The decision of Returning Officer, Clairmont Mingo, to abandon what was expected to be a participatory process with political parties, and monitored by observers, sparked an injunction, and has resulted in the Opposition now asking for a recount.

Appearing on Kaieteur Radio’s ‘Elections Watch’ on 99.1 and 99.5fm, Alexander, an A Partnership For National Unity (APNU)-appointed commissioner, was asked about the legality of the announcement.
Mingo was in a balcony area, at the Ashmin’s building, High Street, where the operations office of the GECOM is located, when he was seen on video yesterday reading from a piece of paper.

He was supposed to have been present earlier in the day and in front of local and international observers, to verify publicly the results of the 800-plus polling stations in Region Four. However, he appeared later and made the announcement.

The announcement is a critical part of the tabulation process from Monday’s general and regional elections.
Nine of the 10 voting regions of Guyana would have been announced already, with Region 4 (Demerara/Mahaica) needing over 52,000 for the Coalition to be returned to the presidency.

The announcement by Mingo would give the Coalition a healthy 7,600 lead.
It also raised the ire of the international observers who raised concerns over the tabulation process.
Questioned whether he should be worried that as a commissioner he would not be responsible for possible sanctions for Guyana, Alexander made it clear that the decisions of GECOM is a “collective” one.

The elections are being seen as the biggest in the country’s history, with control of the oil and gas industry at stake.