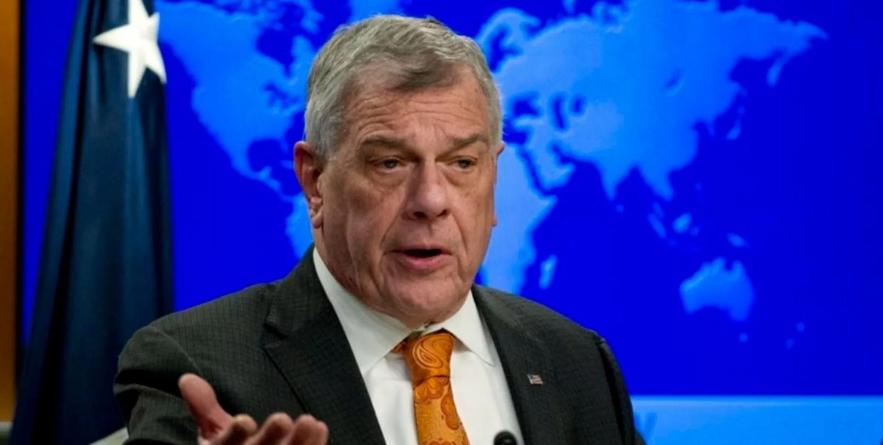 As international pressure continues to mount on Guyana over the ongoing electoral fiasco regarding the tabulation of the Region Four (Demerara-Mahaica) results, the United States has once again commented on the situation here.
In a post on social media site – Twitter – on Friday evening, Assistant Secretary for the US Department of State’s Bureau of Western Hemisphere Affairs, Michael Kozak reiterated that there is no transparency in the tabulation of votes.
“Democratic nations can’t ignore this blatant disregard for rule of law. The world is watching. There is still time. Respect the will of the Guyanese people to choose their leader,” the State Department official implored in his tweet.

His comment comes on the heels of the Organisation of the American States (OAS) pulling out its Electoral Observation Mission (EOM), which said it had no option than to withdraw from Guyana since the ascertainment methodology being used does not meet the required standard of fairness and transparency.
Only Thursday Kozak sounded the starkest warning yet from the US to the Guyanese election authorities, “to follow accepted procedures and allow international observers to verify the results”.

In a stern warning, the State Department official cautioned that “under US Law and Practice, those who participate and benefit from electoral fraud, undermine democratic institutions and impede a peaceful transition of power can be subject to a variety of consequences.”
He was adamant, “de facto regimes do not receive the same treatment from us as democratically elected Governments.”
As such, Kozak noted, “it is essential that the High Court-mandated elections tabulation in Guyana be concluded in a free, fair and transparent manner”.

On Monday, Secretary of State, Mike Pompeo announced that he discussed Guyana’s elections during a meeting with Canada’s Deputy Prime Minister, Chrystia Freeland.
Pompeo, in a tweet, said he spoke about several issues including “support for democratic transition in Guyana”.

Moreover, Kozak last week had declared that “no candidate should declare victory or be sworn in while serious questions remain about [the] credibility of [the] March 2 elections and whether procedures were followed.”