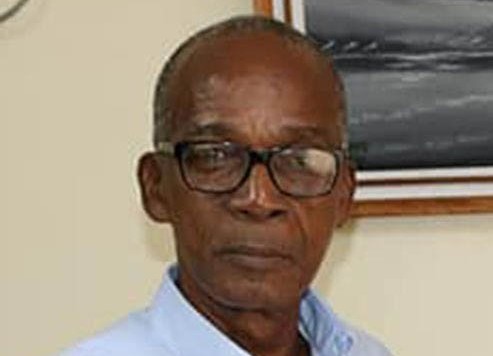 Teams from the two ministries are now set to visit the internationally-owned gold mining companies, Troy Resources and Aurora Gold Mines next week, to meet with the management and employees to iron out a number of reports that have been coming out of the companies.
Minister of Labour, Joseph Hamilton, explained that his ministry had been receiving a number of complaints, though, thus far unverified, that employees hired by large scale gold mining companies were being advised against joining a union, and he hoped that the visits will help to get to the bottom of the matter.
Hamilton noted that there were also concerns of possible COVID-19 cases at the locations not being handled properly. Other Occupational Safety and Health (OSH) situations at the companies will be examined.

“Those are the issues I plan to deal with when I go in there, and it’s a joint visit so Minister [Vickram] Bharrat would have mining issues that he would have to raise with them. Since I became minister, the principals of both AGM and Troy Resources have been making requests to see me, so my position is that I would not see them in Georgetown for a photo op, I would see them on their site at the gold mines,” Hamilton noted.
The ministries are scheduled to visit the Chinese-owned AGM on Monday and the Australian-owned Troy Resources on Wednesday. Both sites are located in Region Seven (Cuyuni-Mazaruni).
Minister Hamilton shared that the visits would be a continuation in a series of collaborations between the two ministries that also included interventions in the bauxite and forestry sectors as well. The relationship having started with a collaboration to look into the issues at the Russian-owned RUSAL operations in Region 10.

“There was a directive from the President himself to deal with these matters, having all started with the RUSAL matter. When we were discussing the level of intervention from the Government, we were instructed that, together, we have to deal with this matter and since then we have dealt with others in this way,” Minister Hamilton noted.

“We went into the Berbice River to engage the former RUSAL workers. I lead a delegation that met with the employees. We have continued that conversation even at the level of forestry in our intervention. We together dealt with forestry issues in Region 10. Because there they have labour issues and OSH issues also.”
The collaboration is particularly important for the MoL given that it does not currently have the capacity to monitor these far-flung regions, due to no labour or OSH officers being located in the regions where the mining activities take place.

“We can only properly supervise the mining site via people in the region and on site and we don’t have that; the old system was Georgetown-based, and only ran up to Georgetown. We have none in Regions One, Seven, Eight and Nine, and these are the mining regions,” the minister explained.
He, however, is currently on a countrywide visit to assess, on the ground, situations in all of the varying regions and to begin work for the establishment of Regional Labour and OSH officers in each region.

Natural Resources Minister, Vickram Bharrat, also highlighted the importance of a continuous cooperation between the two ministries to ensure that Guyanese are being treated fairly in all aspects of the mining industry.

“We have an excellent relationship between myself and Minister of Labour. Our collaborating on these labour issues and health and safety issues, it is important,” Minister Bharrat stressed.

“We must work hand-in-hand and we have an excellent relationship and we will continue to work together because the workers need representation. At the same time while I am looking at regulating mining activities, Minister of Labour is looking at the workers and the labour aspect,” the Natural Resources Minister said.