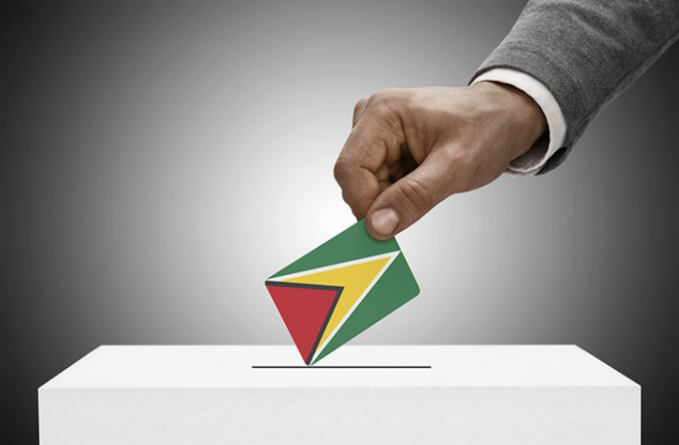 The Guyana Elections Commission (GECOM) has controversially declared the results for the Regional Elections in electoral district four.

These results which were made available to the media via Public Relations Officer, Yolanda Ward show the incumbent APNU+AFC Coalition securing 136,335 of the valid votes cast compared with 77,259 votes secured by the opposition People’s Progressive Party/Civic (PPP/C).  A difference of 59,077 votes.

Notably while all other regional results were publicly declared by the District’s Returning Officer these results were released via Whatsapp to the media fraternity after 9 of the 10 parties contesting objected to attempts by the RO Clairmont Mingo to make this declaration.

The Statutory Declaration Form 24 was signed by Mingo and countersigned by Volda Lawrence the APNNU+AFC Counting Agent. All other Counting Agents refused to sign the document.

If the numbers are accurate and are mirrored at the General Elections the incumbent would have won the elections by in excess of 7,000 votes or one seat.

Notably the number of voters who supported the PPP/C has increased in every region while the incumbent has seen an increase in every region except Region Six. This is likely due to backlash from the closure of the Rose Hall Sugar estate which has left a significant number of persons in the region unemployed.

In almost every other Region the party increased its voting bloc by approximately 1,000 or 3,000 votes. In Regions Seven and Eight the increase was a mere 300 vote while in the disputed Regions Four the incumbent recorded a whopping 24,000 increase in votes.

Speaking with media after the declaration PPP/C General Secretary Bharrat Jagdeo claimed that approximately 22,000 of those votes were stolen from his party.