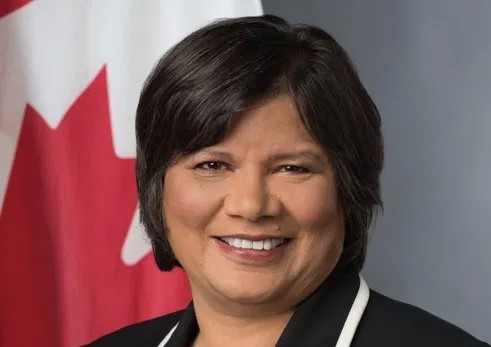 The Government of Canada on Wednesday evening said that it welcomes acting Chief Justice Roxane George’s ruling requiring a return to the credible and transparent tabulation of ballots in Region Four (Demerara-Mahaica).

Through its local High Commission, the Canadian Government noted that this process is necessary before any declaration of electoral results is issued.

“The people of Guyana deserve free and fair elections. Canada urges all parties to resume the democratic process in Guyana in a peaceful manner and urges all citizens to refrain from violence,” the statement reads.

Meanwhile, US Representative for New Jersey’s 8th Congressional District, Albio Sires, on Wednesday held talks with the International Republican Institute (IRI)) Global, over Guyana’s March 2, 2020, General and Regional Elections with a focus on the results and observers’ concerns.

Following the ruling by Chief Justice Roxane George, vitiating the March 5, 2020, declaration for Region Four (Demerara-Mahaica), the US Congressman said, “I applaud Guyana’s High Court for nullifying the unverified election results that were released for Region Four last week”.

According to Sires, “I urge the Election Commission to return to the established procedure under the law and ensure the process be conducted in a full and transparent manner including with the presence of accredited domestic and international observers”.

He said too, “I hope all parties refrain from violence while awaiting the results…I wholeheartedly support the right of the Guyanese people to choose their own leaders”.

Speaking to his IRI Global meeting, Sires disclosed that in a meeting with representative, David Hamilton, “I appreciate his efforts and those of all domestic and international observers to ensure the election results reflect the will of the Guyanese people.”

Overseas observers were this past week threatened to have their accreditations revoked by Guyana’s Minister of Foreign Affairs in a move that did not sit well with delegations.

The threat was issued during a meeting with some observers at the Guyana Elections Commission (GECOM) Command Centre at High and Hadfield Streets, Georgetown amid much commotion following a fifth dramatic delay in the verification of the results for Region Four.

Cummings, a candidate for the A Partnership for National Unity/Alliance for Change (APNU/AFC), was accused of trying to intimidate the international missions that are keenly observing the electoral process in Guyana.

She told the international observers that she was instructed to withdraw their accreditation, but she was not in agreement that it should be done; she did not reveal who gave her those instructions and why.

However, her comments were quickly countered by observers in the room, who argued that her remarks are considered a form of intimidation.