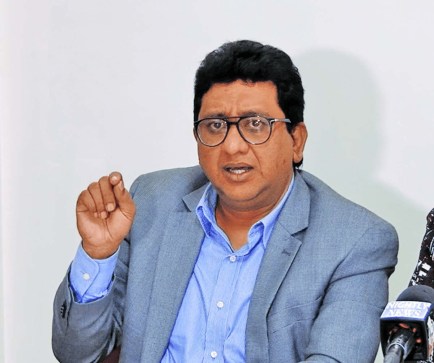 Claiming tiredness, after assuring polling agents that the verification of Statements of Poll would continue until its completion, the Returning Officer for District Four (Demerara-Mahaica) abruptly pulled the plug on the exercise, leaving agents questioning the motive.

According to People’s Progressive Party/Civic (PPP/C) candidate, Anil Nandlall, at around 19:30h he received assurance from RO Clairmont Mingo that the process would continue uninterrupted. However, Mingo backpedalled on his commitment shortly after.

“This commitment came as a result of a specific inquiry which I made loudly and clearly in the hearing and presence of every person in the room, including the representatives of the various political parties and the international observers whom were present. Within less than an hour, the said RO abruptly adjourned the exercise until 9:00 am tomorrow morning, claiming tiredness,” Nandlall said in a statement posted to his Facebook page.

The verification is being done at the RO’s Office, Ashmin’s Building, Hadfield and High Streets, Georgetown. The building also hosts the Guyana Elections Commission’s Media Centre for the 2020 General and Regional Elections.
“This Returning Officer cannot be oblivious to the urgency which is attached to the conclusion of this exercise. Almost all of the other regions across the country which are affected by various factors, such as distance, rough physical terrain and other logistics in respect of transmission of the SOPs have concluded this very exercise. Yet District No 4, where almost all of the SOPs are in, the exercise is yet to complete,” Nandlall contended.

He added that the Returning Officer must also be aware of the unnecessary tension which the sloth in the official declaration of the results of the elections is causing. He went on to question the motive behind the abrupt halt.
“I cannot help but think that there is a sinister motive at work. This attempt to delay is deliberate. Is there is plan to wait out the observers so as to execute some illicit design? Is this delay to facilitate the unlawful removal and destruction of official records of the Government of Guyana and the pilfering and destruction public properties,” Nandlall wrote.
Thousands of Guyanese have expressed their dissatisfaction with the slothfulness of GECOM when it comes to the release of preliminary results.

Golding said that the mission had urged the GECOM to seek to ensure that the results of Monday’s poll are communicated in a timely manner. This, he explained, was a matter that was raised with the Commission based on the experience of the Mission in the previous years.

“It is not good to have an election on Monday and several days can pass before the people of Guyana can know what the outcome of those elections are….that is courting mistrust, it is providing fertile ground for rumours and conspiracy theories,” he had stated.

Golding sought to point out that it must be borne in mind that given the geography of Guyana, there are remote polling locations where it would prove to be challenging to have the results conveyed at times by boat or plane. He was adamant, however, that results from the elections can be communicated as they are tabulated and that the Commission does not have to wait until the final box of ballots has been counted before releasing any reports.