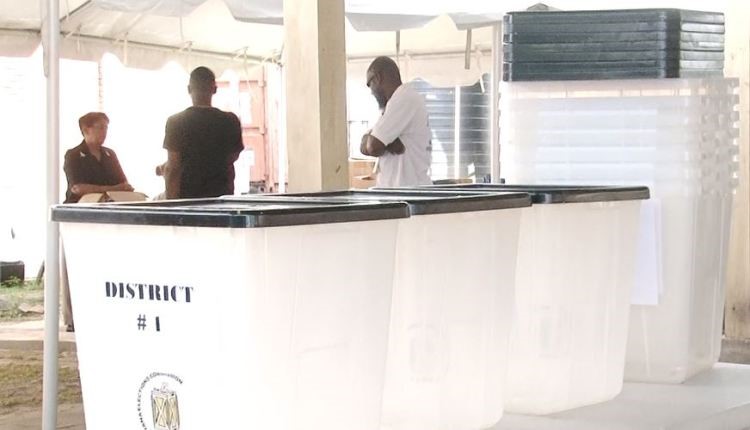 Returning Officer for Region Five, Laikharam Pancham has confirmed that the Guyana Elections Commission (GECOM) has restarted the recount of votes in the general election for the region.

The recount of the ballots cast at the March 2 polls was requested by the APNU+AFC on March 6, 2020, however, the process was suspended shortly after it began due to protest actions at Bath Settlement, West Coast Berbice.

According to Pancham, the protestors were getting too close to the GECOM office.

On March 13, the agents recommenced the general recount with hopes of completing the process this weekend. The RO declined to say how far along the process has gone since he has not yet reported that information to GECOM’s headquarters in Georgetown.

The APNU+AFC had also requested a recount of the ballots in Region Six, however, Returning Officer for that region, Savitri Mangar told the News Room that the party agent refused the use of the blank Statements of Poll (SOPs) already in the possession of the Returning Officer, and new SOPs cannot be sourced from Georgetown since the other parties have not agreed to open the container with the elections materials.

Each party which contested the general and regional elections is in possession of a key to the container containing the materials.

As such, that process has not commenced.