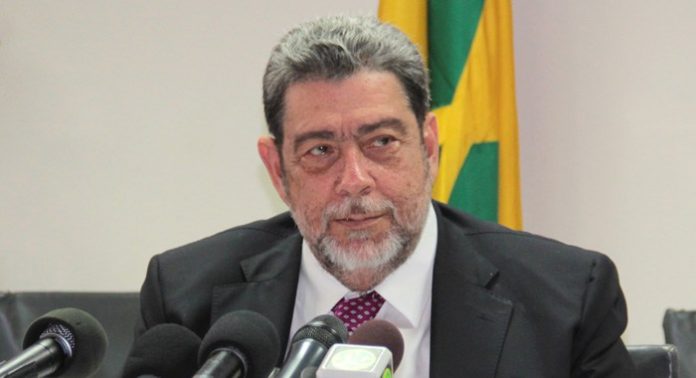 “A rogue clique within Guyana cannot be allowed to disrespect or disregard, with impunity, the clear, unambiguous ruling of the CCJ.  The time for decisive action is shortly upon us”, the St Vincent and the Grenadines Prime Minister warned.

On July 8, 2020, the Caribbean Court of Justice (CCJ) delivered its judgement on the long-running saga touching and concerning the election of the President and members of the National Assembly of Guyana — the General and Regional Elections — held as long ago on March 2, 2020.

The CCJ’s judgement was lucid in every material particular.  And as Guyana’s highest, and final, appellate court, it is authoritative.  Thus, any attempt, however ingeniously clothed, to litigate all over again this or that matter upon which there has been a final determination or upon which the CCJ has pronounced authoritatively, is tantamount to an abuse of the process of the court or is frivolous and vexatious.

Since the delivery of the judgment of the CCJ, the Chair of the Guyana Elections Commission (GECOM), Retired Justice Claudette Singh, has been seeking to bring finality to the elections through relevant decisions, declarations, and directives in accordance with the Laws of Guyana and the judgement of the CCJ.  Her central focus has been to get the valid votes, as identified or defined by the CCJ, counted.  At every turn, GECOM has been frustrated by a recalcitrant Chief Elections Officer.

In a normal democracy what should a straightforward matter of counting votes, has become the equivalent of a long-running soap opera, pregnant with real danger for the people of Guyana and the Caribbean Community.  This charade ought to be brought to an end immediately and a just declaration made by GECOM in keeping with the clear mandate delivered by the voters of Guyana and in accord with the Laws of Guyana and the CCJ’s judgement.

The entire world realizes that a small group of persons, in and out of Guyana, are seeking to hijack, in plain sight, the elections, and thus the country.  Competitive elections deliver, necessarily, winners and losers.  When you lose, you take your loss like a grown man or woman, and you move on peaceably to the role which the voters, in their collective wisdom, have assigned you.  CARICOM, the Organisation of American States, the European Union the Carter Center and other independent observers including those from CARICOM, the governments of Canada, the United Kingdom, and the USA have pronounced on this matter, essentially with one voice.  Yet, the dangerous games continue to be placed by a minority of persons associated with the political entity which has plainly lost the election.  They are literally playing with fire, commotion, disorder, and civil war.

The leaders of CARICOM, including St. Vincent and the Grenadines, cannot and must not appear to be indifferent to, and detached from, what is happening in Guyana. That magnificent country, Guyana, and its industrious people of the highest quality, are dear to us in CARICOM.  We are in solidarity with the people of Guyana; we defend on an ongoing basis the territorial integrity of Guyana.  Today, CARICOM defends democracy in Guyana; we defend the voters of Guyana; we are on the side of the angels in the stand-off between those who reject the people’s verdict and those who insist, properly, on its observance, recognition, formal declaration, and implementation.  Guyana, as the host to the headquarters of CARICOM, as a signatory to the Charter of Civil Society, the Revised Treaty of Chaguaramas, and other fundamental documents of relevance, has certain fundamental obligations to CARICOM. A rogue clique within Guyana cannot be allowed to disrespect or disregard, with impunity, the clear, unambiguous ruling of the CCJ.  The time for decisive action is shortly upon us.

I am deeply disturbed at the credible reports that persons, purportedly allied to certain political forces in Guyana, have been threatening, defaming, and verbally abusing leading personalities in the CARICOM Secretariat, including the Secretary General, His Excellency Irwin La Rocque.  This is wholly unacceptable!  Accordingly, I publicly call upon His Excellency President David Granger, an honourable man, to denounce those who have been engaged in such threats, defamation, and verbal abuse.  The voices of all decent men and women of democratic temper must join in the denunciation and condemnation of those whose nefarious agenda is antithetical to everything that is good and honourable in our Caribbean civilization.

These self-same vile and vulgar persons, having failed in their attempts to curse and bully Prime Minister Mia Mottley and former Prime Minister of Barbados Owen Arthur, and me, have now turned their demonic attention to senior staff members of CARICOM and other reputable persons in Guyana and the Caribbean Community.  We must continue, fearlessly, to do the right thing.  The evil of the anti-democratic brigands must not be allowed any space to triumph.

I await, soonest, the declaration by the Chair of GECOM of the results of the elections.  It is long overdue!