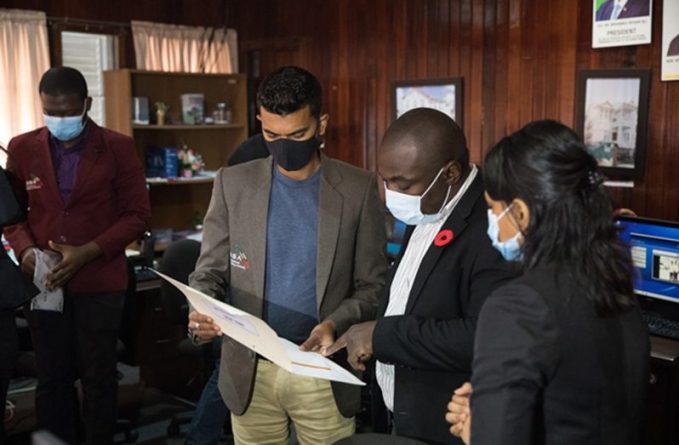 The Guyana National Broadcasting Authority (GNBA) has publicized the names of 20 radio, television and cable operators who have together accumulated a debt to the Authority totalling in excess of $100M.
Kaieteur News understands that the defaulting operators have been paying the licensing fees ranging from $300,000 to $2.5M annually for several years.
Administrator of the GNBA, Violet Boyer told Kaieteur News that the GNBA has been very lenient with the defaulting broadcasters, agreeing to amnesty and even a payment plan, which allowed them time to pay off their debt.

However, the administrator said that broadcasters have continually abused the “grace period,” to further default on payments.
She noted that given the outstanding sums, last week, the GNBA met with Minister of Public Affairs within the Office of the Prime Minister, Kwame McCoy where there was an undertaking to have the debt by broadcasters paid off.

As such, she explained that GNBA has disseminated a public notice to defaulting broadcasters reminding them to pay up their dues.
According to the notice released yesterday, television stations in default of paying the licensing fees are 21st Century Communications Limited, Community Broadcasting Network, CNS Inc, HGPTV Channel 16, Pinnacle Communications Inc-Television, Rambarran Broadcasting Systems Inc, WRHM Inc, and the Linden Broadcasting Network Inc.

Meanwhile, Atlantic Cable Television Inc, Bartica Communications Networks Inc and Infinity Telecommunications Inc are named as the defaulting cable providers. Kaieteur News understands the broadcast providers can find themselves off air if they fail to make the necessary payments
Following the meeting with the management team at the GNBA, McCoy was quoted by the Department of Public Information (DPI) as saying “In the next few weeks, the emphasis will be on collecting the outstanding sums owed by broadcasters. The broadcasting agency has a very important role in being able to monitor broadcasting in the country and to flag infractions and to be able to work it through with the broadcasters.”

According to the DPI, Minister McCoy also disclosed that a new Board of Directors will soon be installed at the entity. Meanwhile, he expressed confidence in the work ethic of the GNBA staff and engaged them on challenges, with the view of finding solutions. Since assuming office, McCoy has reportedly met frequently with the departments and agencies within his purview to better address the needs of the information sector.