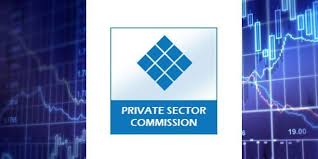 The Private Sector Commission (PSC) is appalled at what it has described as “the blatant and deliberate attempts by GECOM to destroy our democracy by derailing the tabulation process of the 2020 elections results and attempts to subvert the will of the people”.

According to the PSC, it is clear to all that the Chairman of GECOM is allowing, without objection, the attempts to perpetuate election fraud under her watch. The tabulation process, it said, has certainly raised doubts about the integrity of the GECOM Chair, the Chief Elections Officer, and some of their staffers.
Added to this, the body said, “The threats to withdraw accreditation from the International Observers further erode confidence in the process.”

Moreover, the PSC said that it is calling on GECOM to recommence the verification of the remaining Statement of Polls for District 4 that will lead to a credible declaration of the results.
Alluding to the implications of not having a Democratically Elected Government, the PSC said, “We cannot allow our country at this time to be isolated and sanctioned by the international community. We call upon President Granger to ensure that the electoral process is completed in accordance with the law.”