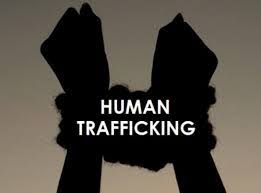 The Home Affairs Ministry along with the Guyana Police Force (GPF) have set up a joint initiative to investigate the suspected human trafficking involving Haitians.
On Sunday at about 21:30h ranks of the GPF arrested 26 Haitians, who reportedly entered Guyana illegally. They were arrested in two separate Police operations – in a minibus along the Mabura Trail, Region 10 (Upper Demerara-Berbice) and in a city hotel.

Those arrested are 10 males, nine females and seven children (two boys and five girls). They were detained by Police after it was discovered that they had entered the country illegally via Suriname. Police also related that they were en route to neighbouring Brazil at the time of interception.
Following their arrest, the foreign nationals were taken to the Criminal Investigation Department (CID), where they are being interrogated and face possible prosecution and deportation.

The Public Security Ministry has since said that an investigation has been launched, and the Haitians are being investigated as part of a suspected human smuggling racket and Trafficking in Persons ring.
During the investigation, five persons were arrested and are currently in custody assisting with investigations. The minors are currently in protective care pending the outcome of the investigation.
Meanwhile, 24 foreign females were detained by Police during a recent raid at popular nightspot Baroombar International.

Eight Dominicans, one Cuban and 15 Venezuelans were detained by Police.
“An investigation was launched into the alleged Trafficking in Persons ring. As a result, investigation proved that the females from the Dominican Republic and Cuba all overstayed their time in Guyana,” the Public Security Ministry said on Friday.

According to the ministry, the females were interviewed and later released on bail, and are required to return to the Criminal Investigation Department (CID).
Three suspects in the alleged TIP ring were detained by the police for questioning. Those include a bartender, security guard and a dispatcher. They were also interviewed and released on bail. They too are required to report to CID.

While the former Government has long contended that the immigrants may be leaving Guyana illegally for Brazil and Suriname and for French Guiana, there was no concrete move by them to monitor the situation or attempt to put a stop to the illegal movement of people.
These numbers of unaccounted Haitians had raised major concerns, especially for the then Parliamentary Opposition, the People’s Progressive Party/Civic – which had alleged that there might be a people-smuggling racket.
Felix had also stated that those unaccounted Haitians might be leaving through the “backtrack” (unauthorised ports) to go to other counties.