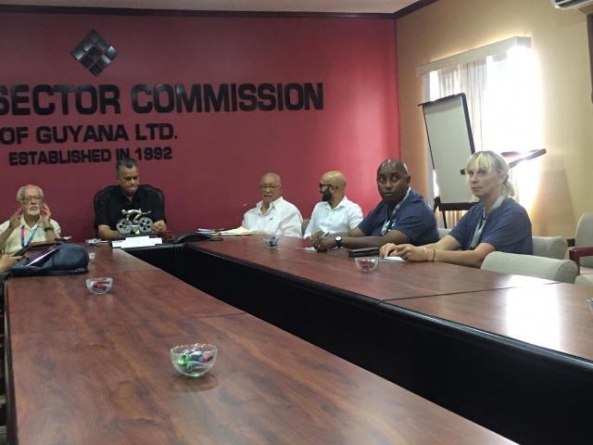 With elections results delayed by almost a month, the Private Sector Commission (PSC) has now demanded that the contentious Statements of Poll (SOPs) for Region Four be made available to it and each of the contesting political party.

The demand was made by PSC Chair Captain Gerry Gouveia, who in a missive directed to the Elections Commission, reminded that the entity is an Accredited Local Observer.

Captain Gouveia reminded too that the PSC “as a leading member of civil society in Guyana, shares the observations recorded by the Local and International Observers contained in their public statements that the tabulation and verification process of the Region Four elections results are flawed and have been unlawfully declared.”

The PSC Chair was adamant that “as a major civil society observer and stakeholder in the conduct and outcome of these elections, it is our bounden duty to report as accurately as possible on the fairness and propriety of the tabulation and verification of the General and Regional Elections as we have observed them.“

According to Gouveia, it is clear to the PSC, from its observations, that the SOPs used by Region Four Returning Officer, (RO) Clairmont Mingo “in tabulating the results of the elections were never established as authentic.”

The Business Community’s representative body said the numbers of the votes being read out and presented for tabulation by Mingo and his staff were at significant variation from the SOPs in the possession of the contesting political parties and that the pace at which the numbers were being presented made it impossible for the Party Agents and Observers to follow and verify the process in a transparent manner.

According to Gouveia, GECOM’s records will show that the Commission “in the November 2011 General and Regional elections, acceded to a request by the PSC to make scanned copies of the SOPs of that election available to the contesting political parties and to the PSC.”

This was in response to a protest with regard to the credibility of the tabulation of the election results from the then opposition parties, A Partnership for National Unity (APNU) and the Alliance For Change (AFC).

According to Gouveia, “that favourable response by GECOM literally set a precedent for the voluntary release of the SOPs by this Commission.”

According to Gouveia, the “request for copies of the SOPs is made purely out of the urgent necessity for credible public disclosure of the results of the elections.”