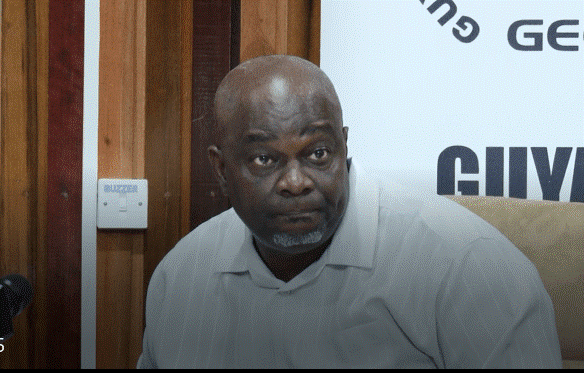 A summons was yesterday issued by Principal Magistrate Faith McGusty for the Chief Elections Officer (CEO) of the Guyana Elections Commission (GECOM) Keith Lowenfield to appear in court on July 24 to answer to private criminal charges that were filed against him for allegedly providing false results from the March 2, 2020 General and Regional Elections to the Chair of GECOM

Opposition People’s Progressive Party (PPP) member Desmond Morian and The New Movement Party (TNM) executive Dr. Daniel Josh Kanhai are the ones who filed the private criminal charges against Lowenfield. The charges are Conspiracy to Commit a Felony, and Misconduct in Public Office. Morian is being represented by attorney-at-law Glenn Hanoman, while attorneys-at-law Mark Conway and George Thomas are representing Kanhai. Both Morian and Kanhai were present in court when the matter was called.

According to the particulars of the first charge, Lowenfield between the 5th day of March and 23rd day of June, 2020, at Georgetown, he conspired with person(s) unknown to commit the common law offence of fraud, to wit, by representing to the Guyana Elections Commission, that tables attached to his Election Report dated 23rd June, 2020, accurately reflected the true results of the said election, in order to materially alter the results of the said election, with intent to defraud, knowing the said tabulation to be false.

After Lowenfield failed to make his appearance, Hanoman explained to the Magistrate that the court bailiff made several attempts to serve him with the private criminal charges, all of which ended in vain since the GECOM CEO kept evading the notice.
Two attempts were made to serve him at his office at GECOM Headquarters in Kingston and twice at his home address in South Ruimveldt, Georgetown.

According to Hanoman, “The Magistrate agreed that the court will now summons Mr. Lowenfield because all diligent attempts to serve him have failed.” Hanoman added that it appears as though some of the security personnel that are guarding the CEO’s office and home(s) are complicit in him avoiding being served.
“We are going to try again using the police to serve Mr. Lowenfield and hopefully the police that are protecting Lowenfield will facilitate that process because that is the role of the police and, as we speak, charges are being drafted for other GECOM officials,” Hanoman stated.

Morian yesterday filed an additional charge against Lowenfield. The charge alleges that Lowenfield accepted falsified figures from the District Four Returning Officer Clairmont Mingo, knowing that the said figures do not match the results from the National Recount. The particulars of that charge alleges that Lowenfield, between the 5th day of March and 23rd day of June, 2020, at Georgetown, conspired with person(s) unknown to commit the common law fraud, to wit, by representing to the Guyana Elections Commission, that tables attached to his Election Report dated 14th day of March, 2020 accurately reflected the true results of the said election, in order to materially alter the results of the said election, with intent to defraud, knowing the said tabulation to be false.

Lowenfield has been accused by opposition parties and other stakeholders of making four separate documented attempts to present results to the Elections Commission which did not reflect the will of the voting populace as expressed on March 2. While the recount shows the PPP/C to have amassed a national lead of 15,416 valid General Election votes over APNU+AFC, each of Lowenfield’s attempts would hand victory to the APNU+AFC Coalition. The fourth attempt by Lowenfield is currently in play. It involves a report which seeks to dump 115,844 valid General Election votes. He presented this report, against the direction of the Chair, Justice Claudette Singh, who had instructed him to present a report using the results of the recount.

The offences that the CEO is slapped with are indictable and attract a penalty of life imprisonment. After the summons is served on Lowenfield, or someone in close professional or personal relationship to him, the magistrate can further issue an arrest warrant for the CEO if he refuses to show up in court on July 24.