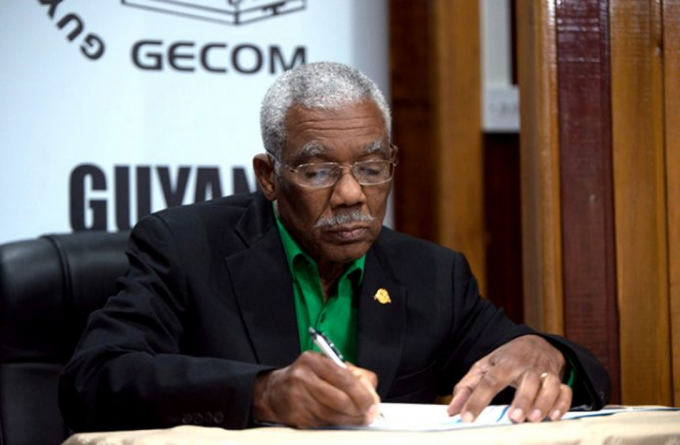 President David Granger on Monday appealed for calm, in the wake of a few instances of electoral-related unrest, and at the same time he expected A Partnership for National Unity+Alliance For Change (APNU+AFC) to win the general and regional council elections.

“We are appealing to our supporters, now that the polls have closed, to remain calm and vigilant and we await the formal declaration of results by the election commission; the only authority to do so,” he said.

Applauding the Guyana Elections Commission (GECOM) for conducting “efficient” elections, he made it clear that he did not call off the 2020 general elections .

Granger said he was optimistic that his coalition would retain power. “I am very confident in the turnout of the people of Guyana at the polls today and we look forward to a result which would eventuate in the returning of the coalition to office,” he said.

The President’s call for calm and vigilance among his supporters came hours after tensions flared at Mon Repos Village, East Coast Demerara where people have been claiming electoral fraud.  The Guyana Elections Commission has said the allegations were being investigated.