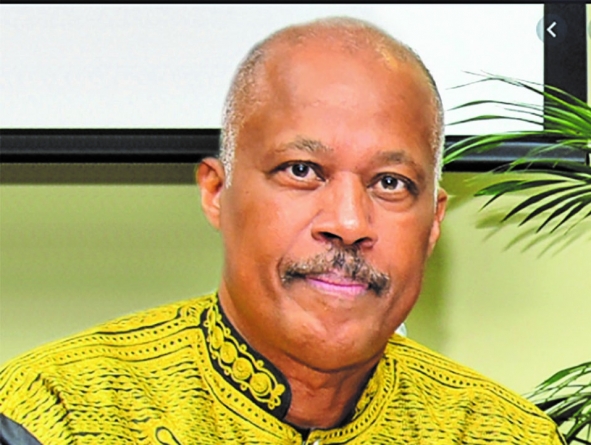 The University of the West Indies (UWI) is currently negotiating an agreement with the Government of Guyana to help train up to 20,000 nationals over the next five years, through the UWI Open Campus.

UWI has been invited by Guyana’s President, Dr Irfaan Ali, to help drive forward Guyana’s human resource (HR) development strategy.
UWI Vice Chancellor, Professor Sir Hilary Beckles held a virtual meeting with Dr Ali earlier this month in which they discussed a strategy for the country’s future described as “exciting, sustainable, and on the cutting edge of Caribbean governance”.

“This represents an opportunity not only to help build a fellow Caricom nation’s capital infrastructure for economic, social and cultural development, but also to bring the University’s internationally-recognised brand of excellence into the country,” the UWI said in a statement on Wednesday.
“The diversity and richness of the UWI’s academic programmes, which have been carefully curated over decades, is well suited to help support the people of Guyana during this phase of their development,” the University added.

Dr Ali, a graduate of UWI himself, has called upon the University to be “very aggressive” in producing the business plan that will allow it to deliver. The President has identified all areas of human resource development that Guyana urgently needs.
In response, Professor Beckles has assured the President that UWI saw Guyana as part of its environment.
The UWI Vice Chancellor said he was excited by this “grand invitation” to enter Guyana to assist with its rebuilding process, thus helping its people to meet their full potential as members of one of the most dynamic States in the Region.

“This is as exciting as anything we have done in any region in the world, because we are on the margin of one of the largest societies, one of the biggest economies and, arguably, one of the most dynamic going forward,” Professor Beckles posited.
The University said it was greatly honoured to be part of Guyana’s roadmap to development. A meeting is being planned between UWI and relevant Ministers of the Government of Guyana.
VC Beckles is confident that the Council of the UWI would endorse this worthwhile and much-needed project. He has already spoken with the UWI’s Chancellor, Robert Bermudez, who agreed that it must and should be undertaken.

It was noted that the collaboration between UWI and Guyana was particularly exciting in the context of the University’s Triple A Strategy, which focuses on revitalising Caribbean development through the application of three areas of focus: Access, Alignment, and Agility.
“At a point in Caribbean history when the Region is facing significant challenges due to the global economic downturn, the COVID-19 pandemic, Brexit, and political upheaval in countries that are major trade partners, such as the United States, the relevance of The UWI’s input and influence is even greater.

“In the words of Vice Chancellor Beckles, the Caribbean is at “a moment of convergence”, a point in its collective history in which intra-regional collaboration and mutual support will be the key to successful nation-building. The UWI’s role in propelling the people of the Region along a progressive path to prosperity has never been more important,” the University stated.
Guyana’s recent discovery of massive oil resources has the potential over the course of the next few years to transform the country from one of the poorest in the Western Hemisphere to one of the most prosperous in the Region.

The country anticipates a significant increase in demand for skilled labour in many sectors beyond energy, as increased GDP translates over time into an increasingly prosperous country and population. The Government is now exploring several options to train Guyanese to take advantage of the opportunities available and to help push this development forward.
For over 70 years, the UWI has provided service and leadership to the Caribbean Region and wider world. The UWI has evolved from a university college of London in Jamaica with 33 medical students in 1948 to an internationally-respected regional university with nearly 50,000 students and five campuses: Mona in Jamaica, St Augustine in Trinidad and Tobago, Cave Hill in Barbados, Five Islands in Antigua and Barbuda, and an Open Campus.