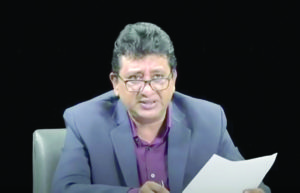 Attorney General, Anil Nandlall says  that it is the desire of the new People’s Progressive Party/Civic (PPP/C) Administration to address the numerous deficiencies of the Anti-Money Laundering and Countering the Financing of Terrorism (AML/CFT) Act.

Nandlall made the statement as he met yesterday with the British High Commissioner, Greg Quinn at the Attorney General’s Chambers and Ministry of Legal Affairs.

Nandlall, according to a release from the AG’s Chambers, also informed the High Commissioner of the Government’s plan to amend the State Asset Recovery Agency Act.