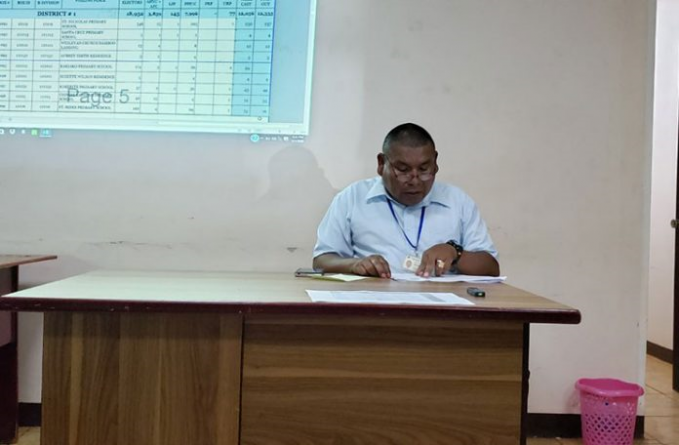 For the regional component of the elections in Region one, 18,952 persons were eligible to vote while 12,056 cast their ballot at 99 polling stations that were spread across the region. In a declaration of the regional results at GECOM headquarters in Mabaruma Tuesday night, Returning Officer, Trevor Harris for the district said 3,839 voted in favour of APNU+AFC; 145 for LPJ; 7996 for PPP/C and 77 for URP. “PPP/C with 7996 is the winner of Region One.” “This is the regional component of the elections. I would not be declaring the general results; that will be done by Mr. Lowenfield. He will be declaring it for the country,” Harris said.

A total of 11 political parties contested Monday’s elections with approximately 600,000 electors on the Official List of Electors (OLE) qualified to cast their ballots. Polls throughout the country closed at 18:00 hours.