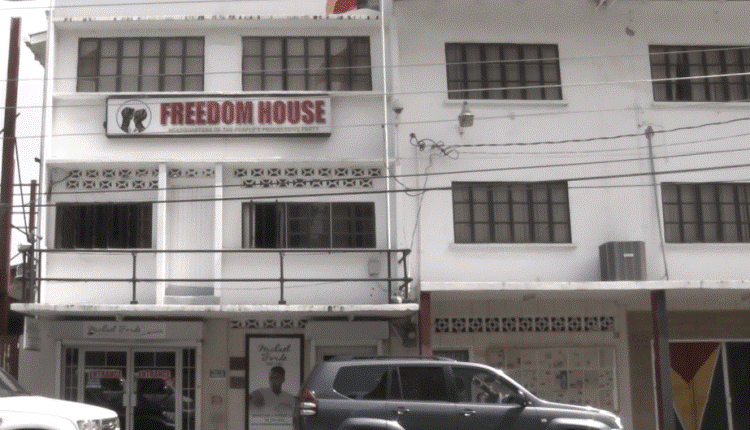 Please see below full statement by the People’s Progressive Party:

The statement made by the APNU+AFC Coalition’s David Granger is unsurprisingly typical of what Guyanese have come to expect from him – claims about upholding the rule of law, when the Judiciary has found him in violation of the Constitution and laws more times than any other President in the history of Guyana; and attempts to cast blame on the People’s Progressive Party (PPP).

The PPP wishes to stress that this is one time Mr. Granger will not be able to escape accountability.  The events of last week occurred in full view of Guyanese; members of the diplomatic community; and international observers from the European Union, the Commonwealth, Organization of American States, CARICOM and the Carter Center.

Thankfully, social media, the vigilance of political parties and the presence of local and international observers, as well as members of the local diplomatic corps, made clear the facts of what took place at the GECOM Command Center, on High and Hadfield Streets. No attempt by Mr. Granger to whitewash what occurred will succeed.

While, Mr. Granger tries to cast blame on the PPP for what he calls an “interruption” of GECOM’s work, the fact of the matter is that the verification process was running smoothly and hundreds of Statements of Poll were verified, before a spreadsheet, with substantial variations in favour of the Coalition, was introduced into the process.   What Mr. Granger calls an interruption of the work of GECOM was, in fact, vociferous protests by all the political parties – all of which called for the use of the spreadsheet to be discontinued and for there to be a return to verification of results for Region 4 using the Statements of Poll, as is required by law.  It is public knowledge that the Chief Elections Officer, only after vocal protests, assured all the political parties – in the presence of the international observers and members of the diplomatic corps – that the verification process would recommence and be completed, in accordance with the law, using the Statements of Poll. The process recommenced and was going well, until the Chair of GECOM stopped it on the basis of ‘compassionate’ grounds for GECOM staffers.  It is also public knowledge that within hours thereafter, without resuming the verification process, a fraudulent declaration was made by the Region 4 Returning Officer.

The only party guilty of a falsification of reality is the one Mr. Granger leads.

Instead of peddling rhetoric, Mr. Granger should answer the Guyanese people on a few critical questions:

Why should, we the people of Guyana, believe Granger and his cronies when the world – the international election observers, individual countries, all the political parties, among other stakeholders – have said that the declaration of results for Region 4 is fraudulent?  Why are Mr. Granger and his cronies the only ones standing on the other side? Who should be believed?

The People’s Progressive Party maintains that there be must a return to the process of verifying the results of the March 2, 2020 General and Regional Elections for Region 4, using the Statements of Polls, as required by law, and/or a recount of the ballots cast. This is the only process that will deliver free and fair elections and ensure that the will of the Guyanese people is not subverted.