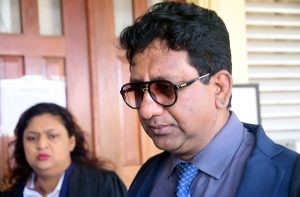 The High Court yesterday held another Saturday sitting to hear an application by the opposition PPP/C for an injunction to restrain the Guyana Elections Commission (GECOM) from declaring the final results of the March 2 polls until a recount is done in Region Four in accordance with the law.

The matter was, however, adjourned until Monday after the respondent, GECOM, indicated that it was not aware of a material submission made by the applicant.