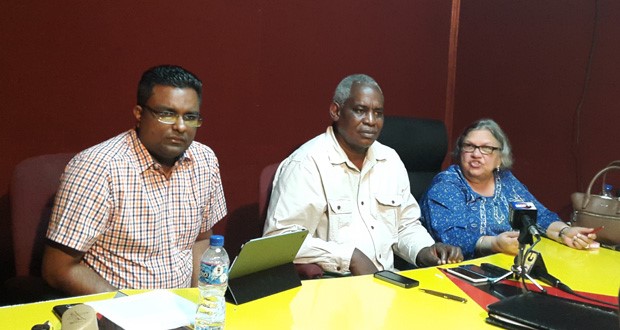 Despite mounting international pressure and ongoing legal proceedings in the High Court, Chief Elections Officer (CEO) Keith Lowenfield is forging ahead with the final declaration process for the March 2 elections results – a move, which the Opposition-nominated Commissioners at the Guyana Elections Commission (GECOM) have condemned and refuses to comply with.

Most of the political parties as well as all of the electoral observation missions, both local and overseas, have deemed Thursday’s declaration of results from Region Four (Demerara-Mahaica) to be lacking credibility and transparency. This was after the Returning Officer (RO), Clairmont Mingo, abandoned the verification process and went ahead and reportedly declared the results for the region.

Already, several local, regional and global bodies, as well as individual countries, have warned against the final declaration of the results of the elections and subsequent swearing-in of a President until the verification process of the Region Four results is resumed and completed in the presence of the contesting political parties and observers.

The Opposition People’s Progressive Party/Civic (PPP/C) has since moved to the courts to get the verification to resume and following hearing from parties on Saturday, Chief Justice (ag) Roxane George is expected to rule today on whether the court has jurisdiction to hear the injunctions granted by High Court Judge, Justice Navindra Singh, on Thursday to block the declaration of the Region Four results as well as the final elections results. 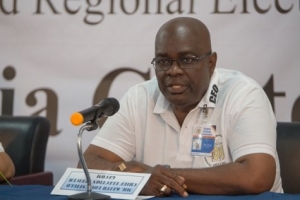 However, in an e-mail dated Saturday, March 7, 2020, and addressed to the GECOM Chair, (ret’d) Justice Claudette Singh, the CEO informed that the final report for submission is ready and a meeting should be fixed with the seven-member Commission.

The e-mail, seen by Guyana Times, states: “Dear Madam Chair, I have received declarations from Returning Officers for General and Regional Elections 2020 from Districts 1 – 10. In accordance with Cap 1:03 Section 99, I have prepared the final report for submission to the Commission. In this regard, a request is made for a meeting of the Commission at your earliest convenience.”

All of the six GECOM Commissioners – both Government and Opposition nominated – were copied on the mail sent to the Chair.

However, in a joint statement on Saturday night, the three Opposition Commissioners – Sase Gunraj, Bibi Shadick and Robeson Benn – insisted that complying with the request of the CEO would be breaching the court’s orders.

“We consider this invitation to meet as a flagrant attempt to breach the Order of Court… and a naked attempt by the Chief Elections Officer, Keith Lowenfield, to suborn us to breach an Order of Court and exposing us to liability for contempt of court. As holders of a constitutional offices, we are at all times obligated to obey the Constitution and other laws of Guyana and we consider this invitation to meet as not only a violation of our duty to uphold the Constitution but also an invitation to subvert the course of justice,” the missive stated.

The Opposition-nominated Commissioners reiterated their unconditional position that Section 84 of the Representation of the People Act, Chapter 1:03 of the Laws of Guyana was not complied with by the Returning Officer and therefore the purported declaration of the votes recorded for each list of candidates is invalid, null, void and of no effect.

“For the foregoing reasons, we will not respond to any such or further invitations from the Chief Elections Officer, Keith Lowenfield or Chairman of Guyana Elections Commission, Justice Claudette Singh, while the court proceedings are still extant,” the Commissioners insisted.