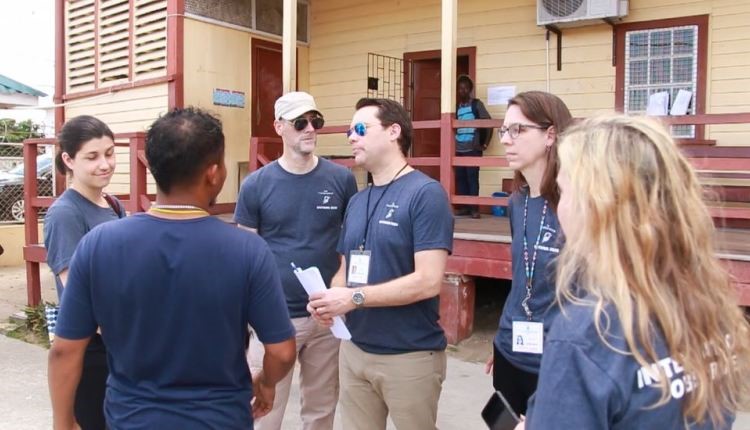 The Carter Center which is currently in Guyana as an observer to the March 2020 elections, on Wednesday urged key political leaders to act responsibly and not to declare victory without official declarations from the Guyana Elections Commission (GECOM).

Representatives of the Carter Center election observation mission, headed by co-leaders Jason Carter and former Senegalese Prime Minister, Aminata Touré met with leaders of the APNU+AFC coalition and the People’s Progressive Party where they conveyed this message directly.

The co-Leaders said they also urged the political parties to prepare to accept the results of the elections.

Touré insisted that everyone should refrain from declaring results, reminding that only the electoral body can do that.

“We appealed to them [the political parties] to refrain from declaring results if they want to support democracy and go by what the law says. This opens the way for the rest of the people creating expectations among citizens,” she added.

The Mission said it is best to await declarations from the Guyana Elections Commission (GECOM) which remains the only body with constitutional authority to declare elections.

The Carter Center, in its preliminary report, said that GECOM has made progress in the tabulation process but it may still take time to complete.

To this end, Touré urged Guyanese not to only be concerned about expediency but to also continue to trust the process that regardless of the time it takes the final declaration will be transparent and correct.

Carter said scrutiny of the election is a good bedrock of transparency and urged that the transparency continues throughout the tabulation process.

This scrutiny he said should continue by international observers, local observers, party agents and all other interested and accredited groups.

Overall, the Carter Center observers reported that voting at Monday’s polls was well organized and peaceful.

Meanwhile, the European Observation Mission held a press conference on Wednesday where it also expressed confidence in the polling process and urged patience as the tabulation of the results continue.

The EU mission, in its preliminary report, said the elections were competitive, well managed by GECOM and saw transparency in the tabulation process.

Both missions will remain in Guyana until the results and declared and later compile its report on its observations, findings and recommendations.