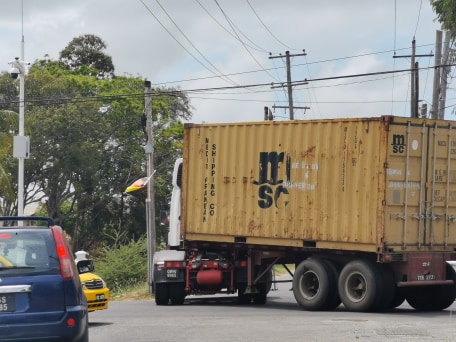 March 19, 2020: GEORGETOWN – The political parties signed hereto, welcome the call for a recount of Guyana’s General and Regional Elections held on March 2, 2020, to allow for a declaration by GECOM in keeping with The Representation of the People Act Chapter 1:03 and Election Laws (Amendment) Act 2000.

The urgent need for a recount arises from unlawful and/or illegal actions, highlighted by the actions and declarations from the returning officer of Region 4, Mr. Clairmont Mingo, which also constituted breaches of relevant legislation and extant Orders of the Chief Justice.

Chairperson of GECOM, Justice (Ret’d) Claudette Singh on March 14, 2020 committed to having a recount done for Guyana’s March 2, 2020 General and Regional Elections.

The global community, including CARICOM; Organization of American States; European Union; Commonwealth Secretariat; Carter Center, and their representatives: such as Caricom Chairperson and Prime Minister of Barbados, Mia Mottley, and other Caribbean Prime Ministers; US Ambassador Sarah-Ann Lynch; EU Ambassador Fernando Ponz Cantó; UK High Commissioner Greg Quinn, and Canadian High Commissioner Lillian Chatterjee and several reputable Guyanese have spoken out in favour of a recount and/or the need for a democratic transition.

In view of the foregoing, it is of paramount importance that the security of the containers containing the voting ballots be preserved. This is best achieved by all containers being stored at a central location and to permit party scrutineers to be on site and guard against any tampering with the ballot boxes.

At the time of writing of this press release, the Container with Region 6 Ballots and the Container with the Region 4 East Coast Ballots are not stored at the Arthur Chung Convention Centre in Liliendaal, where all the other containers for the other regions and sub-regions are stored. We urgently request that this irregularity be corrected immediately.

The political parties signed hereto have jointly or individually applied as respondents to the interim ex parte application granted by the Honourable Justice Franklin Holder, which is set for hearing at 9:00 AM on Friday, March 20, 2020, at the High Court of Guyana. We feel strongly that the injunction is without merit as it seeks to undermine the clear statement made by the Chairperson of GECOM to have a recount of the votes, and the joint agreement signed by President David Granger and Opposition Leader, Mr. Bharrat Jagdeo.

The parties take note of the important threats of sanctions from the international community in general and the ABCE countries in particular, which can include personal sanctions against all those who participated in the process to undermine democracy by acting outside of the rule of law.

We call on all Guyana to understand that the political parties outside of APNU-AFC are working for a peaceful and legal resolution to this situation and we remain committed to respecting the results emanating from the recount and for democratic norms to prevail.

We strongly support the statement from the US Department of State which emphasized that the people of Guyana deserve a credible election and transfer of power that reflects the will of the people in accordance with the laws of Guyana.

We call on the Guyana Police Force to act professionally to de-escalate ongoing tensions arising from the election process and to perform their duties in the best interest of all Guyanese.

The parties call on all citizens of Guyana to remain calm and peaceful as these matters continue to engage the attention of the Courts, as we continue to work with the local and international community to ensure the recounting of the votes cast at Guyana’s General and Regional Elections held on March 2, 2020.