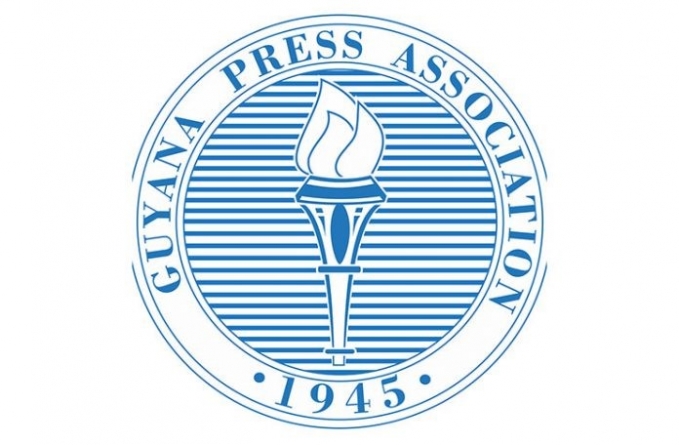 Leaders of the major political parties, the Police Commissioner and members of the Guyana Elections Commission (GECOM) will be held responsible for any harm brought to media professionals as they conduct their duties.
This was the statement made by the Guyana Press Association (GPA).

The GPA’s warning follows numerous reports of threats, verbal assault and physical attacks on media workers over the past two weeks, but especially on March 12 and March 13, as they gathered around the GECOM tabulation centre and the GECOM Secretariat at High and Lamaha Streets, Georgetown, to inform and update the nation about the March 2 General and Regional Elections.

During last week, media workers were verbally assaulted outside the tabulation centre. This assault rose to an alarming level Friday afternoon and into the night when party supporters gathered outside of the GECOM Secretariat and prevented the Press from accessing interviews in full view and presence of police officers and party representatives.
The GPA further stated that media workers were verbally abused based on the media outlet they represented and their ethnicity.

Members of the crowd attempted to even check packages that included the media workers’ equipment and food in their possession.
They even prevented them from accessing their colleagues to obtain their dinner or to rotate.
Late Friday night, as the declaration for District Four was to be made, there was an outright blockade of the media by the crowd in full view of police and party representatives of the Coalition. One media worker reported that she was nearly physically assaulted.

Three reporters were chased and threatened by angry APNU + AFC supporters who acted as if they were in charge when they arrived at the Secretariat.
Police officers who were stationed there watched on as the Kaieteur News reporters were threatened, chased and assaulted by the angry mob and did not intervene.

According to the GPA from the start of results tabulation, GECOM and the Guyana Police Force have played dodge ball with the safety and security of media workers.
Requests for a secure spot outside of the tabulation centre have been met with refusal based on which agency has responsibility for security on the ground.

As such, media workers were prevented from conducting interviews of persons leaving the centre about the situation, which arose after Friday night’s declaration.
“The political leaders through speech and silence continue to bait and incite supporters to act against opposing groups and the media.

“During several opposition protest actions last week, media workers were followed, taunted and insulted while doing their jobs.
“Some political leaders even attempted to direct journalists on how to write their stories,” the GPA stated.
The Press Association added, “Based on what we have seen, the safety of media workers continues to be treated with a lack of interest by all those concerned with elections.”