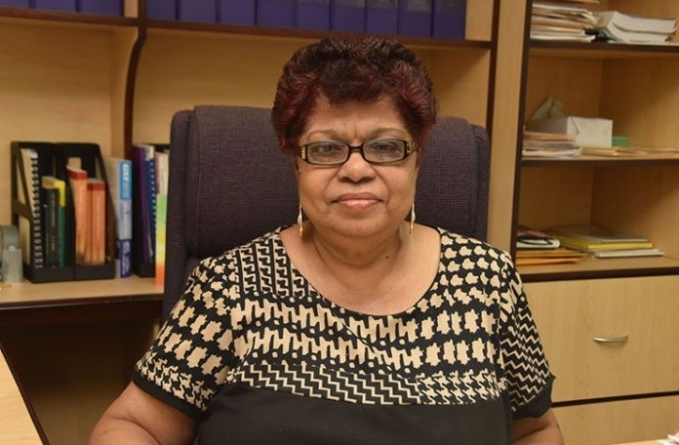 General Secretary of the People’s National Congress/Reform (PNC/R), Amna Ally, has likened the opposition to a “drowning man clutching at a straw,” stating that it is absurd for the party to believe that it would have won over Region Four, a district that has “solidly” voted in favor of the coalition over the years.

Ally stated in a Tuesday release that these false narratives being spread by the People’s Progressive Party Civic (PPP/C) pertaining to the declared results from District Four and the work of the Elections Commission have only stirred up division and unease amongst citizens.

“Everyone who has followed elections in Guyana knows that District Four is the most populous and has the largest number of electors. This district/region is the home of the PNCR’s political base and has always voted solidly for the PNC/R which is a major partner in the six-party coalition, APNU+AFC. This region has never been won by the PPP. All objective political observers knew that we, APNU+AFC, would win this district handsomely,” Ally said.

“The PNC/R notes with great concern the intimidation and fear tactics unleashed by the PPP at the offices of the Returning Officer for District Number Four and condemns the storming of GECOM’s offices by the PPP. The party also condemns the violence unleashed on innocent school children, women, citizens and police officers in many of our villages.”
The PNC/R General Secretary reminded Guyanese that GECOM is an independent Constitutional agency and must be allowed to do its work without political interference or intimidation. She called on Guyanese to remain calm as they await the decision of the court and the final declaration of the elections results by GECOM.