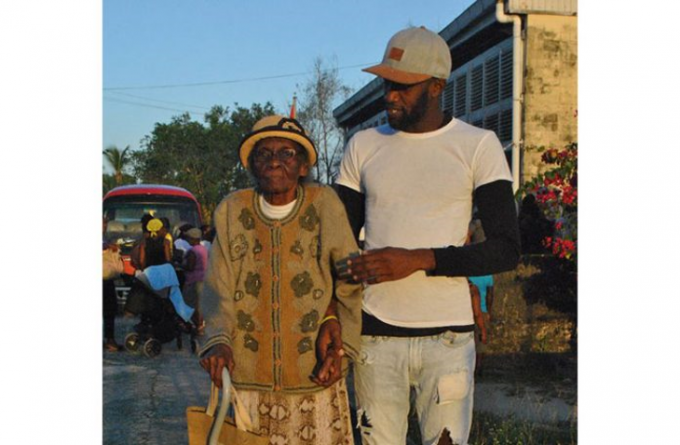 The Guyana Elections Commission (GECOM) would have facilitated an ‘equal right to vote’ General and Regional Elections on Monday, which allowed hundreds of persons with disabilities (PWD) and the elderly to exercise their constitutional right to vote without any hassle.

According to Commissioner on the National Commission for Disability (NCD) Ganesh Singh, every person with a disability who wanted to cast their ballots was able to do so.
Singh noted that reports received from Regions Two (Pomeroon-Supenaam); Three (Essequibo Islands-West Demerara); Four (Demerara-Mahaica); Five (Mahaica-Berbice); Six (East Berbice-Corentyne); and Seven (Cuyuni-Mazaruni) would have indicated that PWDs did not encounter any challenges preventing them from voting. However, for wheelchair users, access to polling stations was a struggle. He noted that there were very few wheelchair-accessible polling stations, resulting in some persons having to be lifted upstairs.

“I have mixed feelings, because, yes, they were able to cast their ballots as citizens of Guyana, but we also got to remember that many of us were not able to cast our ballots independently; we had to depend on proxy, or we had to be accompanied by someone to do it on our behalf. But I’m glad there were not any major hiccups,” Singh told the Guyana Chronicle.

Angela Jacobis, who had her right foot amputated in late January of this year, was able to cast her vote in the comfort of her own home. The Lindener described her experience as “good”, and was happy that she got to exercise her constitutional right to vote.
Meanwhile, Jose Vanhersle, who is blind, was accompanied to the polling station by a trusted individual, who voted on his behalf.

“She (the trusted individual) asked me who I want to vote for, and I told her the symbol of the party I wanted to vote for. After placing the ‘X’, she gave me the ballot paper, and somebody placed my right hand in the ink while placing my left hand to the box that I dropped the ballot paper in,” the 88-year-old recalled.

Vanhersle also stated that the process was smooth and quick, as he was instantly attended to upon his arrival at the polling station.

Entering the Christianburg-Wismar Secondary School with a cane on Monday was 87-year-old Ester Smith, who was accompanied by a family member. Smith told this newspaper that she was offered by GECOM representatives to vote proxy, but declined the offer since it was her desire to vote for herself.

“They (GECOM) had promised that I could vote proxy, but I said no; let me come out and do what I have to do, because I rather come and do it myself,” the elderly woman said.
The Lindener noted that she got to vote very quickly, because she was seen as priority due to her age.

“The voting process was good; I went in. Well, I can’t walk properly, due to a fractured hip, so I was placed at the front of the line to vote,” Ms. Smith said. “I am happy to come out here and do what I had to do,” she added.