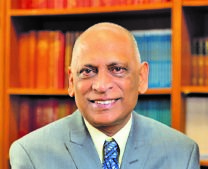 Keith Lowenfield yesterday received a fourth request to submit the “fit and proper” report for the March 2 Elections. The CCJ made it clear that the recount results represent the true results of the elections. In any other country, Lowenfield would be fired and even charged with misfeasance in public office. He has now deliberately refused to submit the proper report, even after written instructions to do so three times. When GECOM meets today, it would have been the Chair’s and the Commission’s 4th try to get him to properly prepare the report of the March 2 elections. His insubordination has been more than insulting, it is total madness, mockery and eye-pass. It is also criminal.

The patience of the Chair of the Commission is remarkable. While patience is a virtue, in this case, patience is now suffocating Guyana. Having been given three chances to produce the proper report, having been told by the CCJ that he must carry out the instructions of the Commission and submit a report based on the recount results, Lowenfield is insulting the Chair and the Commission, but, worse, is holding a whole country hostage. At the same time, he is thumbing his nose to the entire international community. Lowenfield clearly does not care what anyone says. He is loyal to his leaders, the persons who control the rigging cabal. What is needed now is not patience, but an urgency to stop the arrogance and the attempt to steal the elections. What is needed now is for GECOM to use the recount results, as agreed by all, to declare the winner of the elections. GECOM’s continued patience with a rogue official is no longer a virtue, but an abrogation of its responsibility.

Every political party, other than APNU+AFC, has urged GECOM to declare the true results of the elections and allow Guyana to breathe again. Civil society has done the same. The only ones in Guyana are David Granger and his sycophants. They have lied to their supporters, yet they have never shown their loyal supporters their copies of the Statements of Poll. They have told their supporters they have evidence of dead people who voted, but they have shown them not an iota of evidence. They have said people who were not present in Guyana voted, but have not shown any evidence. This is cruel, fooling your own supporters, getting them to risk their lives in this COVID-19 environment as they come out without social distancing and without masks to protest.

In the meanwhile, Guyana is at a standstill. The economy, already stagnant before the elections, is now in a freefall. Crime is damaging Guyana, as the government is more focused on thieving the elections. The country’s debt is spiraling out of control. COVID-19 is killing our people. Thousands are jobless and families are on the verge of starvation.

This madness is now out of control. The time for GECOM to take control and do its work is now long past. The rigging cabal must not be allowed to flourish. The way to end this is to start with showing Lowenfield who is the boss. The way forward is to show Lowenfield the “dog wags the tail”. Justice Claudette Singh has resisted firmly the enormous pressure that APNU+AFC has mounted against her. But the time has come to declare the PPP/C the winner and to swear in Dr. Irfaan Ali as Guyana’s 9th President.