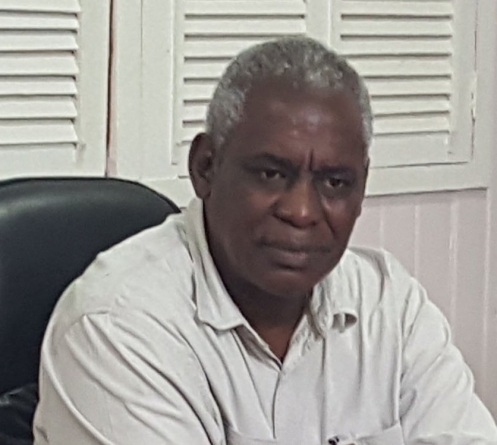 THE Guyana Prison Service, which has for months been without a sitting Parole Board, has finally gotten one, thanks to Cabinet’s approval of an 11-member team to serve for one year, after considering a memorandum from Minister of Home Affairs, Robeson Benn.
The new Board, which was installed on November 5, is being chaired by Justice (Rtd) Oslen Small, who previously held the position up until June this year. The Board’s life will come to an end on November 4, 2021, and its members include Dr. Bhiro Harry; Ms. Sylvia Conway; and the Director of Prisons as an ex-officio member.

With visits to the prisons suspended due to COVID-19, many persons are optimistic that the installation of the Board could give them a chance to see their relatives who are incarcerated.

Minister Benn, during an interview with the Guyana Chronicle, stated that although the Board has not yet met, the team will be moving with some level of urgency to ensure that he is advised on the matter of parole eligibility of the prisoners.

Further, Minister Benn made clear his optimism of the Board’s ability to carry out its functions, and provide him with sound advice on the parole applications at the Ministry.

The Board also has the duty of advising the minister on any other matter, referred to it by the Minister, which is connected with the release of any person on a licence, or the recall, under Section 7, of any person released on a licence or a condition of any licence.

According to the Parole Board Act, the Minister, with advice from the Board, can recommend for parole a person serving imprisonment, other than imprisonment for life. Additionally, one is eligible for parole with detention imposed under Section 15 of the Juvenile Offenders Act, in respect of an offence of wounding with intent to cause grievous bodily harm.

The Parole Act states that each person seeking to be recommended for parole by the Board to the minister is required to have served one-third of their sentence, or the specified period of the sentence, whichever expires the later.

Parole is one of the avenues the GPS uses to address overcrowding in the prisons.
Since the arrival of COVID -19 in Guyana, over 300 convicted non-violent offenders have been released from prisons as part of the Service’s efforts to reduce overcrowding.

Director of Prisons Gladwin Samuels, in a recent interview, had stated that this was accomplished by either reducing bail, which in turn allowed more persons to be able to post bail, or reducing inmates’ jail sentences.

Prisons, he said, are generally considered to be amplifiers in the spread of infectious diseases, and pose a great challenge for those in authority who are working to prevent and contain COVID-19.

According to the Director, a sudden eruption of COVID-19 in prisons would put intense pressure on the public healthcare system in Guyana.
In October, more than 290 inmates at the Lusignan Prison tested positive for the disease, as did several prison officers. The affected inmates at the East Coast Demerara facility were isolated, while some were relocated to other facilities to ensure adequate spacing among prisoners to stem transmission of the disease.

Since then, the GPS has implemented several new strategies to ensure that prisoners are not exposed to the disease.
Since the COVID-19 outbreak, the GPS has received medical and sanitation supplies from the CARICOM security agency, IMPACS, to help protect prisoners from the virus.

IMPACS, he said, had responded to a request from prison authorities here for help to minimise and control the risk of the infection inside their prisons.
With support of the UK, IMPACS immediately provided urgent assistance. The donation included medical and sanitation supplies, and other COVID-19-related items. The donation is in accordance with guidelines issued by the World Health Organization (WHO) for the prevention and control of the pandemic in prisons.