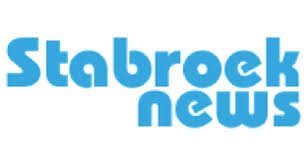 Throughout his tenure in office, President Granger has presented himself as beyond reproach while flagrantly breaching the constitution of the Republic of Guyana in a selfish bid to remain in power to empower him and his constituency. His vulgar appointment of Justice James Patterson as GECOM Chairman and the rejection of the December 21, 2018 motion of no confidence are prime examples of his unconstitutional behaviour.

Predictably President Granger has now presented himself as not having anything to do with the fraudulent declaration of final regional results for Region Four.

That may be so but it is President Granger who stands to benefit completely from crude electoral fraud to the detriment of the nation and the unity of its people.

It is time for him to demonstrate whether he is truly an advocate on behalf of the nation and all its people or he will simply be disinterested as he appeared to be in the 2016 giveaway to ExxonMobil and content to luxuriate on the subversion of the democratic will of the people.