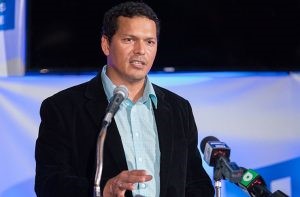 A request to have a total recount done for the Region Four general and regional elections results has been rejected by the Guyana Elections Commission (GECOM).

This comes after days of commotion over the procedure used to tabulate those results, and a declaration by returning officer, Clairmont Mingo, which was later rendered not credible by several international observers.

Speaking with Kaieteur News yesterday, leader and presidential candidate of the Liberty & Justice Party (LJP), Lenox Shuman, said that the rejection was because of a technicality. It was supposed to have been served by a chief counting agent. But it was served by Shuman, who is not one.

Six political parties had, following the declaration by Mingo, held a joint press conference where they denounced it as not credible. They have called for a verification of the results.
Unfortunately for them, the statutory period for a recount to be requested has passed.