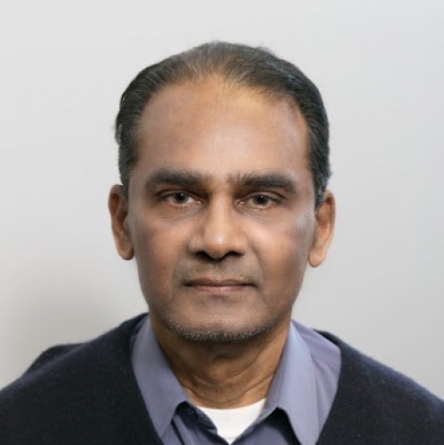 You and I go back a long way. We served our country when we were soldiers once and young. And while you soldiered on and grew into a well-respected officer as the years went by, I, on the other hand, left the Guyana Defence Force (GDF) after a four-year stint to pursue an academic career.

Many years later, I was delighted to learn that you distinguished yourself both as a soldier and as a student of Military History and International Relations. You have earned the respect of many of your fellow officers. You have a stellar background both as a practitioner and as an academic.

Your foray into Party and then National Politics at the end of an illustrious military career speaks volume of a man who believes in and breathes public service. I applaud you. When the voters of our country handed your Coalition victory, elevating you to the highest office in the land in 2015, you created history.

But your tenure as President did not chime with the high expectations of the Guyanese people. They did not vote for a self-styled, soi-disant political leader, but for a leader who embodied the virtues of moral rectitude and integrity, one who espouses a high regard for the rule of law and for democracy. They voted for David Granger, and in their minds, David Granger was a decent and an honest man, a man who speaks truth to power, and a man whose words they trusted and valued.

Today, as the country languishes in the obfuscating and turbid waters of political turbulence mostly the creation of your Party, the people who voted you as their president in 2015 are now seeing a very different man whom they once trusted and revered. And so they asked, what has become of that man? You are not speaking today as you once did. They hear mixed messages made up of words flowing from your lips that they can hardly recognize. And so they asked, is it the same David Granger? Then they hear a man denying reality made so clear in the Recounting process. And so they asked once more, is this really our David Granger?

Your continued denials and obstructions are imperilling the safety and progress of our country. In a democratic state we pay a heavy price, but it is a price worth paying.

Both the SOPs and the RoPs unmistakably show that the PPP/C won the 2020 General Election. You have no choice, Mr. President, but to accept that reality and graciously concede. It is time for our country to move on. Do not become an obstacle; the people will not forgive you. Return to the old way and be the man we once knew.

You would do well to heed the immortal words of the prophet Daniel to the grandson of King Nebuchadnezzar, Belshazzar, “You are weighed in the balances and are found wanting.” Belshazzar’s night of revelry and debauchery came to a swift end. For the past three months, you and your advisers have followed the example of Belshazzar, who exhibited a wanton disregard for that which was sacred.

Your recalcitrance and useless gamesmanship have betrayed the sacred trust the people of Guyana once placed in you. And whatever smidgen of decency, dignity and decorum is left in you, I urge you to turn a deaf ear to the clanging cymbals of hollow voices coming from your advisers and listen to the still, small voice within you that says to you, “Follow the way of righteousness and do the right thing.”

I can assure you that doing the right thing would bring you peace of mind, and in time would restore your high esteem in generations to come. And they would not ask, but say, “David Granger was a decent and upright man who stood for personal principle and country”. It is time that you put the safety and security of our country before personal aggrandisement and a naked grab for power. Walk away while it is still day. Do not allow the sun to set on your tenure as President.

Finally, on a more personal note: I recalled your visit to Toronto weeks after your victory in 2015. I flew from Nashville, TN, just to offer you my congratulations. And I was heartened to hear your vision for our country that you so eloquently expressed when you addressed that vast assembly of overseas Guyanese.

But in that speech, you took a few minutes to mention how pleased you were to meet again a Corporal who served in the Medical Corps of the GDF but is now a professor of Political Science and International Relations in the U.S., and a distinguished graduate with a Ph.D. from the University of Aberdeen in Scotland. I was so proud of you to have remembered a little guy from Hague Back Dam, West Coast Demerara. I want to be proud of you again. Just one more time, Mr. President.