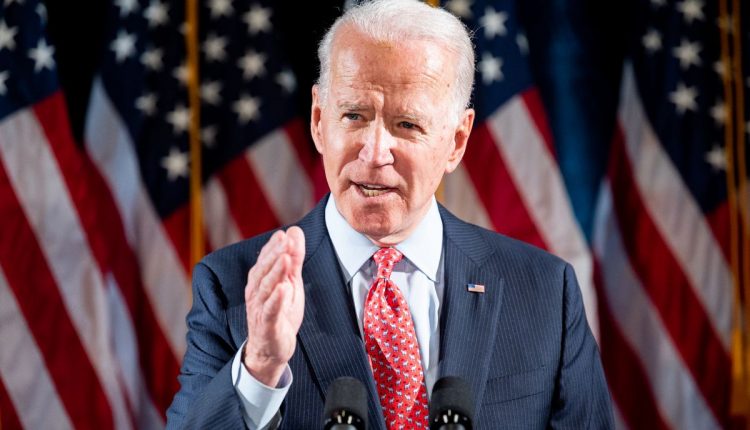 See below an Op-Ed written by Jonathan Slade – a Democratic partner in the Cormac Group, a bipartisan government relations firm in Washington, DC:

As a Democrat who supports Joe Biden’s candidacy, and who has been active on foreign policy issues for decades, I feel obliged to inform the people of Guyana that the Democratic Party has always strongly championed democracy and human rights.

I do this because apparently some unauthorized individuals in Georgetown or Washington are pretending to speak for Vice President Biden, with no regard to his long history of support for free elections and the alternation of power.

From Jimmy Carter to Bill Clinton to Barack Obama, Democratic Presidents have always supported free elections and a peaceful transition when an opposition party receives the majority of the votes cast. If Joe Biden wins the US election in November, he will undoubtedly carry on this tradition.

Vice President Biden stated last July in a speech that if he’s elected, he will “revitalize our national commitment to advancing human rights and democracy around the world.” And in an article published a few months ago, he said that in his first year, he will host a Global Summit for Democracy to “strengthen democratic institutions.”

The refusal of the Granger Government to concede the loss, and peacefully hand over power, is disturbing to Americans, whether Democrats or Republicans. In reaction to a similar situation next door to Guyana, in Venezuela, Democrats in the US Congress have joined with their Republican colleagues in rejecting the Maduro regime’s fraudulent elections and recognizing Juan Guaidó as the legitimate President of Venezuela.

Most Senate and House Democrats have supported the successive Bush, Obama, and Trump Administration injunctions on Venezuela, including the revocation of visas and oil sanctions.

The Granger Government’s attempted power grab in Guyana is not that different from how the Maduro regime acted in Venezuela. The Granger Government’s legitimacy has been questioned since it did not call for speedy elections after it lost a vote of confidence back in late 2018. Disregarding the Guyanese Constitution, Granger’s political party scheduled the election for more than a year.

After massive pressure, Granger’s party was forced to retract its self-declared victory, since most observers declared it had lost. Yielding to domestic and foreign pressure, the ruling party agreed to a recount.

When the long overdue recount finally occurred, most Washington policymakers and International observers were shocked that once again Granger and his party refused to accept defeat. Along with well-respected regional and international organizations such as CARICOM and OAS, key Democratic policymakers called for the Granger Government to abide by the findings of the recount and concede power.

Granger-appointed Keith Lowenfield’s attempt to disqualify 115,000 votes from the legitimate recount, without any explanation, is one of the most outrageous attempts to undermine elections ever seen in the non-communist world.

The Democrats who joined their Republican colleagues in calling on Granger and his party to respect the outcome of the elections were some of the most influential Members of Congress on foreign policy issues.

Members who wrote letters in support of recognizing the results of the recount include Senator Bob Menendez, the Ranking Democrat on the Foreign Relations Committee; Senator Tim Kaine, who was the Democratic Vice Presidential nominee in 2016; Congressman Gregory Meeks who is the likely the next Democratic Chair of the House Foreign Affairs committee; and Congressman Albio Sires, who is the Chair of the Western Hemisphere Subcommittee.

To quote these two latter Democratic leaders, “We condemn all efforts to undermine the credibility of the March 2nd election, including recent actions taken by the Chief Elections Officer to effectively disenfranchise thousands of voters and manipulate the vote count.”

In addition, over ten members of the Congressional Black Caucus wrote letters or sponsored resolutions calling on both major Guyanese political parties to respect the outcome of the March election. So far only one of those two parties has respected the outcome.

If Biden wins the November election and the Granger Government is still grasping to power, there will be no basis for the new US administration to reverse the sanctions on Guyana put in place by the Trump Administration. There is no doubt in my mind that a new President Biden will follow in the footsteps of his Democratic predecessors and support the outcome of the election in Guyana of March 2020, as ratified by the recount of June.

The people of Guyana should not be fooled by a political cabal illegally clinging to power. Whether Trump or Biden wins in November, the US sanctions in Guyana will stay in place unless the legitimate winner of the March elections is acknowledged and allowed to form a new Government.