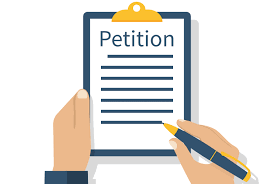 An online petition, Change.org, is calling for the liberalisation of the telecoms sector in Guyana in an effort to loosen the grip of what it sees as an inefficient telecoms monopoly.

A Digicel Guyana release yesterday stated that the petition has been gaining a lot of attention online boasting over 4,000 signatures to date and the plans are to have it sent to all political parties contesting the elections by 8th February.

Digicel has pressed the Guyana Government for years for an end to the monopoly in the telecoms sector held by the Guyana Telephone and Telegraph.

Not only is the #LiberalisationNOW Change.org petition racking up new signatures daily, the accompanying campaign video on YouTube has gained over 52,000 views and the campaign’s Facebook page has 2,086 followers with campaign posts having a reach of 654,990 since the start of the campaign, the release said. Likewise, there are 16,725 engagements on the Facebook page with people actively commenting and sharing posts to show their support for breaking the monopoly and liberalising the telecom industry.

According to Change.org, the people of Guyana are tired of poor, unreliable broadband services and remote communities not being able to realise the dream of modern communications in their homes and are fed up of limited choice and not having the benefits of true competition.

It added that Guyanese are demanding a change that is long overdue after being locked into a telecom monopoly for over three decades. Guyanese, it was stated, suffer from a poor choice of services, poor broadband coverage, poor service quality as well as poor response time and these factors have combined to give Guyana “the worst service in the Caribbean.”

With the legislation ending the telephone mono-poly passed over three years ago by Parliament in July 2016 and assented to by the President, today there is still no progress since the legislation has not been made law. This requires the issuance of a commencement order by the Minister. With Guyana stuck in the “telecoms dark ages,” liberalisation must happen immediately to give Guyana the internet it deserves.

As Change.org sees it, the stakes couldn’t be higher. Bringing Guyana’s communications into the 21st century won’t just improve lives, it says; it’s essential to developing the economy – especially now that oil production has begun with the first million barrels recently sold. As things stand, Guyana’s communication services are nowhere near ready to take full advantage of this development. The country is a long way from achieving the universal landline coverage it was promised when the monopoly went into effect almost three decades ago. With a commitment to have telephone service in the home of every Guyanese, today less than120,000 subscribers have been provided with what is at best a mediocre service.

In a criticism of the telecoms service, the Change.org has assessed the landline service as long underwhelming with broadband service even worse. Fibre optic service can be found in limited pockets in Georgetown and some surrounding communities, while DSL has slowly crept across the country on poorly maintained copper networks. “It’s simply not good enough.”

CEO of Digicel Guyana, Gregory Dean, welcomed the petition, commenting, “The response to the petition clearly shows that Guyanese are sick of being left behind and missing out on the opportunities that come with a digital economy. Guyanese are calling on all our leaders to take the necessary steps to eliminate the monopoly immediately and liberalise our telecommunications market so that other companies can roll out the services that Guyanese have waited far too long for. I encourage everyone to get on board with this movement by signing the petition before February 8th and show that the will of the people cannot be denied.”

“Guyanese deserve better. Efforts to end the monopoly have been ongoing for over 20 years. There is no time like the present to end the mono-poly. We need liberalisation now,” the CEO added.