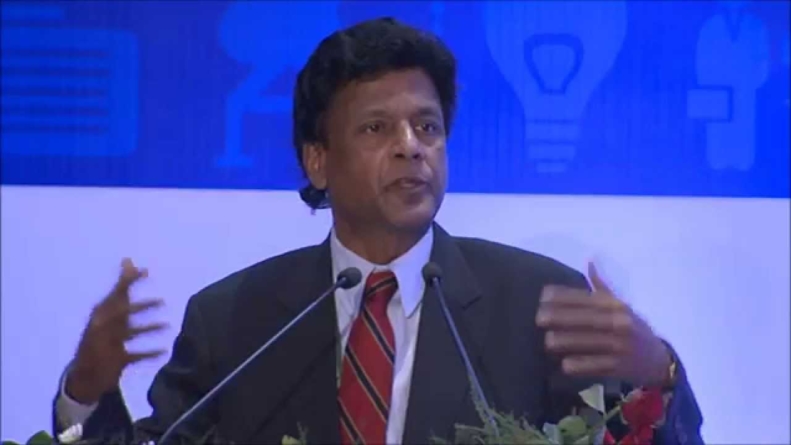 About a decade or so ago, the philosopher Harry Frankfurtâ€™s book, with the seemingly most non-philosophically sounding title, â€śOn Bullshitâ€ť, became a New York Times bestseller. With the benefit of 20/20 hindsight, it seems he was presciently offering Americans a vocabulary to analyse the utterances of their new president, Donald Trump and a new type of political leader that includes Guyanaâ€™s own Caretaker President David Granger. We might just be living in the â€śAge of Bullshitâ€ť.

The blurb to Frankfurtâ€™s slim book summarises the concept of â€śbullshitâ€ť: He argues that bullshitters misrepresent themselves to their audience not as liars do, that is, by deliberately making false claims about what is true. In fact, bullshit need not be untrue at all. Rather, bullshitters seek to convey a certain impression of themselves without being concerned about whether anything at all is true. They quietly change the rules governing their end of the conversation so that claims about truth and falsity are irrelevant. Frankfurt concludes that although bullshit can take many innocent forms (like in our rum-shop gyaafs), excessive indulgence in it can eventually undermine the practitionerâ€™s capacity, to tell the truth in a way that lying does not.

â€śLiars at least acknowledge that it matters what is true. By virtue of this, Frankfurt writes, bullshit is a greater enemy of the truth than lies areâ€ť. This last feature of bullshit is what makes bullshit so dangerous: very soon truth becomes irrelevant.
Let us look at the utterances of David Granger ever since he was parachuted into the leadership of the PNC in 2011. Bullshitters just want to show they have the answer to whatever theyâ€™re asked, or whatever subject comes up. It doesnâ€™t matter they are later shown to be â€śwrongâ€ť â€“ what matters as is that â€śhis peopleâ€ť believed them when they spoke. Bullshitters are basically speaking to those with similar mindsets who then are predisposed to accept their claims.

Let us consider the Cummingsburg Accord which was signed and announced by APNU and the AFC rather floridly on Valentineâ€™s Day 2015. Granger agreed that if they were to win the elections, he would have his Prime Minister, Moses Nagamootoo, chair the Cabinet and handle â€śgovernanceâ€ť matters. When they did, in fact, win â€“ on the back on the AFC Indian Guyanese voted they snagged from the PPP in Berbice â€“ Granger exclaimed, â€śOoops!! I didnâ€™t realise the Constitution doesnâ€™t permit that.â€ť Now we all know this was pure, unadulterated bullshit since there was no Damascene epiphany needed to have opened up Grangerâ€™s eyes to constitutional interpretation.

Then think of the APNU/AFC manifesto back in 2015. They had been in Opposition for three years and controlled Parliament with access to all the necessary information â€“ financial and otherwise â€“ in real-time through their membership in the Sectoral Committees and their parliamentary majority. What else but bullshit in the Frankfurtian sense when they yet promised government workers â€śsubstantial salary increasesâ€ť and later claimed they had no money? And we can follow through with all the other promises such as â€śConstitutional Changeâ€ť or a â€śCode of Conductâ€ť for Ministers. These were not lies: they simply had to tell the people something on these issues that they could get away with because the latter were predisposed to believing them.

So what else but bullshit was it when, as President, due to a 33-32 majority in the National Assembly, he suddenly announces that 33 was not a majority in the 33-32 vote. What made his bullshit worse, was that Granger could not care less about the consequences of his denial of a critical rule of parliamentary democratic rule: the NCM. He made his supporters declare a vote of conscience as an â€śAct of Judasâ€ť.
Tomorrow Guyanese can stop the bullshit.