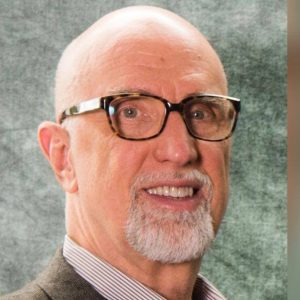 University of Houston Instructor, Tom Mitro, said that Governments should ensure personal relationships with the representatives of oil companies are not confused with the commercial and negotiating strategies of those companies, and their level of transparency.

He had some advice for governments during an interview with the Columbia Centre on Sustainable Investment in 2019.
With a wealth of experience in the sector, even working with oil companies for many years, Mitro noted that the representatives of International Oil Companies (IOCs) will attempt to establish very friendly, personal relationships with government officials so that there is an avoidance of conflict, and to ensure decisions are made more swiftly.

Mitro said that awareness of this is important to put relationships into context, and to remember that delays in reaching agreements tend to work to the advantage of the government.
“Some companies,” Mitro stated, “will also fly in the CEO with the objective of shortcutting the technical negotiation process through some political outreach, such as meeting the President, the Prime Minister, or Energy Minister. With this in mind, the technical teams should prepare the President or the Prime Minister to ensure that undue concessions are not granted or promised without a full understanding of the details.”
Guyana is well aware of this modus operandi of oil companies, as has been displayed in the relationship of the previous government with ExxonMobil for the negotiation of the Stabroek Block 2016 agreement.

In its report, titled ‘Signed Away’, anti-corruption watchdog Global Witness explained that it saw evidence that ExxonMobil treated former Minister of Natural Resources, Raphael Trotman, to a lavish trip to its Texas headquarters to meet with its leadership, during the Stabroek negotiations.
“The trip included a first-class flight, limousine transportation, and an extravagant dinner at an exclusive restaurant,” Global Witness stated.

It wondered whether the friendliness and gifts violated Exxon’s internal policy, which stated that such may “improperly influence pending business decisions.”
Exxon had opposed such insinuations, and Trotman had said he saw nothing wrong with travelling to Texas on Exxon’s dime, according to Global Witness.

Yet, in the end, what resulted was an internationally condemned, legally unsound, and fiscally lopsided agreement which Trotman signed away in a very short period, against experts’ advice that he should wait to better understand the value of Guyana’s oil and advocate for much better terms.
More recent revelations show that Trotman never intended to secure better terms for the exploitation of Guyana’s patrimony.