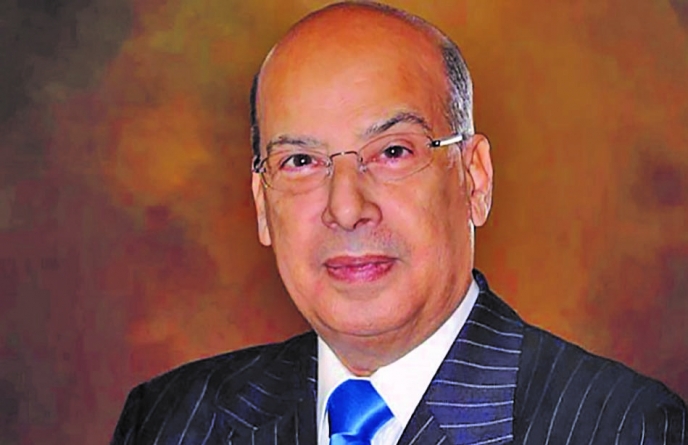 The Organisation of American States (OAS), the world’s oldest regional body, could authorise all of its member states to sanction Guyana as they see fit, if what is currently happening in the country is determined to have constituted a violation of the democratic principles of the region. Such action would have repercussions on CARICOM as well, since all CARICOM states are also member states of the OAS, and its resolutions would be binding on them.

So says internationally respected journalist and diplomat, Sir Ronald Sanders who has extensive, valuable experience working with the OAS, even serving as President of the Permanent Council in 2016.
His comments were made in response to questions from Kaieteur News, ahead of a meeting of the OAS Permanent Council scheduled for Tuesday afternoon to discuss Guyana’s electoral situation. Secretary General of the OAS, Luis Almagro had written to the Chair of the Permanent Council, Luis Fernando Cordero Montoya requesting the special meeting on Guyana, when it became evident that the elements actively working to frustrate the electoral process had infiltrated the Guyana Elections Commission (GECOM) at every level.
The country’s general and regional elections were held on March 2, with no result yet declared four and half months later.

The delay is owed to numerous attempts by stakeholders allied with the APNU+AFC coalition, to have the results of the elections fraudulently altered in its favour, despite it being evident that the PPP/C has won.
Sanders told Kaieteur News that the matter is extremely serious, and that if a Secretary General or member state decides to place a country on the Permanent Council’s agenda, “it means that conditions within the country have reached a stage that alarms the OAS about the adherence to democracy and the rule of law by the authorities in the country.”

He explained that every member state’s representative will receive reports on what has transpired in Guyana since March 2, including the constant court battles and the fact that the Guyanese people have gone without a Parliament and elected government for a very long time.
“Regrettably, they might reach the conclusion that constant returns to the Court represent an abuse of process,” Sanders stated.

In its public releases on the Guyana situation, the OAS has referred to the Inter-American Democratic Charter. Sanders said that it is the standard by which the Organisation measures adherence to democracy and the rule of law. If what is happening in Guyana is found to be in violation of that Charter, the diplomat said the Council will immediately summon “A Ministerial Meeting of Consultation” which could decide to suspend Guyana’s membership until the violation(s) of the Charter are remedied. It is at this point that it could authorise its members to, as their laws deem appropriate, sanction the offending country.

“Every OAS member state would be empowered to demonstrate their displeasure,” Sanders said.
The repercussions of such action on CARICOM-Guyana relations could kick in very quickly, he indicated.
“Since every independent CARICOM state is a member of the OAS, the decisions would be binding on all of them.”
Those binding decisions would come into play later this week, as CARICOM leaders are expected to convene a special meeting to address the Guyana situation.

Recently installed CARICOM Chair and Prime Minister of St. Vincent and the Grenadines, Ralph Gonsalves said on a Jamaican radio programme last week that the assembly would be scheduled and convened after the decision of the Chief Justice, Roxane George-Wiltshire is handed down on the recount case tomorrow.
Gonsalves penned a scathing editorial last week, in clear condemnation of the APNU+AFC coalition, calling its attempts to rig the elections ‘vile’, ‘frivolous’ and ‘vexatious’.

“Look, we have to defend democracy,” the CARICOM Chair said on a radio programme last week. “This thing is taking too long. It is a blot on Guyana. It is a blot on CARICOM and we can’t be indifferent to what is happening.”
The OAS and CARICOM fielded observer missions to Guyana’s electoral process, also ensuring that they observed the transparent national vote recount.

Notably, CARICOM’s role was elevated during the recount. The three-member CARICOM team acted as Scrutineers, and handed a report to GECOM shortly after the recount concluded.
The OAS had endorsed the findings of the CARICOM Scrutineer Team, which stated that Guyana’s elections were credible and that the recount results are completely acceptable. In doing so, the CARICOM team had said that a declaration should be made on the basis of those results.
President, David Granger had referred to CARICOM as the “most legitimate interlocutor” on the Guyana situation, before its report was published.

However, he has since misrepresented the findings of the CARICOM Team’s report, and his coalition has opted not to respect CARICOM’s interlocution.
The OAS has warned Guyana that a declaration must be made on the results of the recount, and that no alternative would be acceptable.

However, the governing coalition, in yet another attempt to rig the elections, has thrown its support behind a court action which seeks to force GECOM to reject the credible results of the recount, and instead use district declarations which include a false Region Four result produced by the notorious Returning Officer, Clairmont Mingo