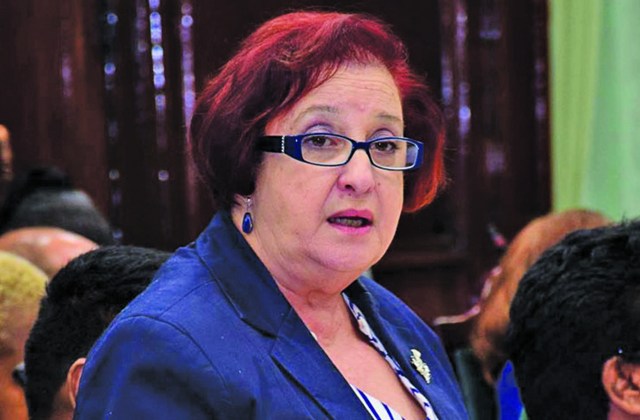 If it weren’t for the tragic situation facing our country one would have howled with laughter at the comical yet duplicitous performances of the two Guyana de facto Ministers before the OAS Permanent Council on July 21, 2020.

The de facto Government clearly had decided that the stage for this disgraceful exposure of a compendium of lies, misrepresentation, and fork-tongued diatribe would be most appropriate at the OAS.

The fact that such a meeting was convened at the request of the Secretary General, Mr. Luis Almagro, to consider the state of the electoral process in Guyana (CP/INF.8700/20) on July 21, 2020 was a momentous occasion. The electoral situation after 141 days with no end in sight was one the OAS Secretary General could not be found wanting in allowing a member state to continue to flagrantly derail the elections and the will of the Guyanese people in open violation of the Inter-American Democratic Charter.  Guyana had failed the litmus test of democracy – the peaceful transition after a free and fair, transparent elections— and therefore must face the hemispheric body. The fact that what has transpired in Guyana since December 21, 2018, and more particularly since March 2, 2020, has never happened in this hemisphere nor anywhere else in the world was not lost on the member states.

After 141 days since the March 2, 2020, the OAS, like CARICOM, the Commonwealth and European Union, made its position known once again but this time at its highest forum that it would not accept the efforts of the Granger-led APNU+AFC Coalition and key GECOM officials to hijack the elections in Guyana and keep an illegitimate government in office.

Of special and notable significance was that the members of the OAS Permanent Council members spoke with one voice at the meeting and this in itself is historic and not one to be belittled.  The 22 member states who spoke were unanimous in calling for the recount results to be used in the declaration of the elections of March 2, 2020; that this situation had gone on for far too long and there must be a swift end to this with the transition to the legitimate government that was elected by the people on March 2, 2020; that “the world knows who won the election”; and, that there should be no further recourse to the courts to impede the declaration of the results and thwart the will of the Guyanese people.

The Secretary General’s words that “This is a historic turning point for Guyana. Without a doubt this will define its future….action against Guyana could be taken if the situation does not change” is a warning shot of great import to the hemisphere. No OAS Secretary General speaks carelessly; he heads an organization that brings together all 35 independent states of the Americas and constitutes the main political, juridical, and social governmental forum in this Hemisphere. In addition, it has granted permanent observer status to 69 states, as well as to the European Union (EU). This meeting will impact on Guyana’s future, no doubt about that.

Not surprising, and sadly, the only two “oddballs” in the virtual room were the de facto Minister of Foreign Affairs Dr. Karen Cummings and de facto Attorney General Basil Williams who, as usual, were oblivious to the historic nature and purport of the meeting; they belittled the gravity of when one’s country is the special subject of discussion before this powerful hemispheric organization. Instead they thought they were going to gaff and spin their wicked false narratives as they have done repeatedly to their supporters, on the cheap Benschop TV programme, and in inane and inciting facebook posts.

What in fact they did was “thumb their noses” at this prestigious body. The line taken by Cummings and Williams, was reflected in Cummings’ letter to the OAS on July 19th, 2020, which she read from replete with baseless allegations. These two faithfully spun the false narrative of the Granger-led APNU-AFC Coalition, with downright lies, distortions, and misrepresentations. They went so far as to repudiate the rulings of the Chief Justice of July 20th and the Caribbean Court of Justice rulings of July 8th, 2020 and to throw out the CARICOM Scrutinizing Report of the recount with one distortion after another. There was no indication that they actually cared about what was transpiring or were concerned for our country and its people. It was all bravado in an occasion that warranted the utmost seriousness. No one could escape the conclusion that this was a mere annoyance that the Granger-led APNUAFC Coalition had to endure at the OAS.

In the face of the profound and detailed report of the former Prime Minister of Jamaica, Bruce Golding, to the Permanent Council, the joint statement of the CARICOM representatives at the OAS, the serious presentations and stern warnings by the Ambassadors to the OAS from the Antigua, Bolivia, Brazil, Canada, Chile, Colombia,  Ecuador, Mexico, and the USA, the arrogant retort of Williams that “all of this is

premature( ie OAS)  … APNUAFC Coalition had won the elections and have the majority of votes …. there could be no peaceful transition as there had been no declaration” made a mockery of the OAS and the Charter it stands for.

That the Granger-led de facto government believes that the OAS is of no consequence is the same contempt that it holds of  CARICOM, the Commonwealth and European Union. All have been targeted and accused of interference and told to stay out of Guyana’s business. As we say in Guyana “if you hard ears you will feel”, the problem is all of our people, innocent of this travesty, will feel.

In fact so dangerous is this situation that at the very same time as the Secretary General Almagro was saying that “The current situation serves no purpose in Guyana. We call to stop using the judiciary branch to avoid bringing a solution to the country. It’s is time to make decisions and protect democracy and the will of the people expressed in the elections”, the rigging Mafioso had proceeded to file an appeal to all of the Chief Justice’s rulings of the day before. This too is an affront and yet another indication to Guyanese and to the world that this gang of brigands will not concede defeat and will not accept the results.

I, like so many Guyanese, was ashamed and shocked as this travesty was displayed on the international stage, embarrassed to see our nation’s international reputation in tatters.

Former Prime Minister of Jamaica, Golding made it clear that the people of Guyana are not to be blamed for the current electoral crisis in Guyana. In fact, he commended the people of Guyana for their patience over the past four months. I console myself with Golding’s closing remarks that the “The people of Guyana do not deserve this” but also brace myself for the future as he said “it will take years for Guyana to recover from what has transpired.”

The only ones responsible for this is Granger and his gang of brigands who have brought our nation so low and who are continuing aggressively in undermining the very democratic foundations of our nation with their desperate and despotic grasping of the reins of government.

But this too will end, that l know.