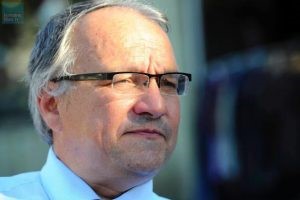 Three of Guyana’s diplomatic partners have expressed grave concern for the credibility of Guyana’s electoral process. They are namely France, Norway and St. Vincent & the Grenadines.

The Norwegian Ambassador, Nils Martin Gunneng, said, “Norway shares concerns expressed regarding recent electoral developments in Guyana.”
He stated that the final election result needs to be credible and transparent.
The French Ambassador, Antoine Joly, is reported to have expressed France’s deep concern at the Guyana situation. He said that the results had taken place in good conditions until the declaration of the Region Four results without completion of the tabulation process.

Joly stated that France “calls, on behalf of excellent bilateral relations, for a spirit of conciliation and a sense of general interest in favor of all Guyanese.”
It said, in unity with the electoral observer missions, that the verification process should be resumed.
“Only this procedure will ensure a legitimate, democratically acceptable process and avoid the clashes which unfortunately have already started in different places in Guyana,” he said, referring to the unrest that has plagued several parts of the country.

“France warns against any hasty initiative aiming for the president to be sworn in until this verified count has been completed.”
The government of St. Vincent and the Grenadines also joined with the electoral observer missions from the Caribbean Community (CARICOM), the hemisphere and internationally to express its concern about the processes leading to the declaration made by Region Four Returning Officer, Clairmont Mingo.

It also indicated its support for the statement made by Barbados prime minister and CARICOM chair, Mia Mottley.
“It is imperative that the election authorities in Guyana count every vote in accordance with the established law, procedure and best practices so as to lend credibility to the results.
It has been a hallmark of our democratic CARICOM that each vote be counted and that such counting be done transparently and in the presence of all competing political parties and accredited independent observers. Anything short of this will inevitably cast doubt on the results.”

The statement from Guyana’s CARICOM sister state recognizes Guyana as vital to Caribbean civilization, “as a founding member of CARICOM”.
“We urge peace and calm and call on all political leaders in Guyana to use their best effort to maintain peace and calm, to avoid violence and any consequential loss of life and property. This is a time for statesmanship.”