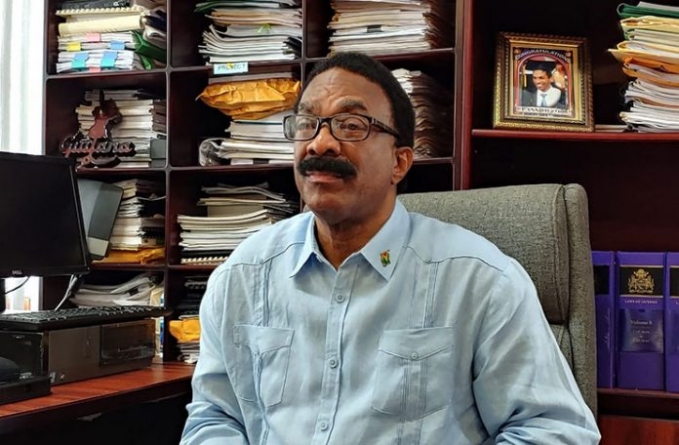 THE Executive Orders issued by President David Granger under the Public Health Ordinance to eliminate the spread of the Coronavirus (COVID-19), will not be whimsically executed, Attorney General and Minister of Legal Affairs, Basil Williams, said as he allayed the fears of Guyanese that they will be indiscriminately restrained and isolated and their properties destroyed in light of the global pandemic.

The Directory Orders, issued by President Granger last Monday, among other things, empower Minister of Public Health, Volda Lawrence to restrain, segregate and isolate persons who have been exposed to the deadly and infectious coronavirus. Additionally, under the orders, the Public Health Minister can remove, disinfect and destroy the personal effects, goods, buildings and any other article that have been exposed to the virus; facilitate speedily burial and or cremation and the provision of medical aid and accommodation. The Public Health Ministry can also prohibit or restrict the movement of persons and public and private conveyances of any kind whatsoever from an infected area.
However, in an interview at his Carmichael Street Office, the Attorney General pullucidly stated that persons will not be randomly targeted. “It is not a provision that would be utilised whimsically or capriciously by the minister or any authority,” Minister Williams assured reporters.

He noted, however, that the Orders are only intended for persons suffering from COVID-19 and or who may be likely, from exposure to the infection, suffer from the disease. Minister explained that measures intended to destroy persons’ effects, goods and buildings would only be implemented in the identified properties, since it would put at risk persons living or operating in close range to the affected or infected areas.

“In the event you have people harbouring somewhere and they come out every now and then to go and mingle, and the bedding infected, the environment infected, and if that building is in the middle of some neighbourhood that have other people living, it might be necessary to deal with it in that manner as provided under the law,” the Attorney General reasoned.

Similarly, he said the public health minister can restrict movement of persons to eliminate the spread of the disease. “The minister of public health, for example, could, in any part of Guyana, designate as she deems fit, any one or more hospitals or camps around the country, wherein she could exercise restraint on persons, she could isolate them, and she could treat them,” he explained while adding that the minister can also call on the Ministry of Public Security to assist with the removal and isolation of persons.
The orders were issued in accordance with Articles 24, 139 (1) (g) and 148 (3) (b) of the Constitution of Guyana, as well as Section 20 (1) and (2) of the Public Health Ordinance, Chapter 145.

Minister Williams said the issuance of the Executive Orders, in accordance with the Public Health Ordinance, became essential due to the rapid spread of the coronavirus, which originated in Wuhan, China. To date, COVID-19 has spread to more than 100 countries including Guyana, where the first case was recorded on Wednesday, March 11, 2020. Since that first case, which was fatal, the country has recorded four additional cases, and steps have been taken to quarantine persons who were exposed to the virus.

“WHO [the World Health Organisation] has decree that it is a pandemic, and therefore we need to make efforts to combat and prevent the spread of this contagious disease,” he said while emphasising orders provided for in the Constitution of Guyana and the Public Health Ordinance, Chapter 145.