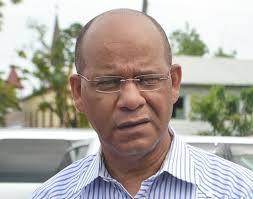 I wrote elsewhere that the March 2, 2020 elections would have been the eleventh post independence elections I have participated in.
Though the popular challenges to win free and fair elections have been long and hard the experiences gained have been many, but rich, if not rewarding politically.

Make no mistake about it, let it be known, particularly by the younger generation, that all hitherto elections held with the PNC in office have been rigged. I refer to elections held in 1968, 1973, 1978, 1980 and 1985.
In 1968, it was through control of the Elections Commission and its machinery, with the use of the overseas vote, the postal vote, the proxy vote and a padded list that the PNC was able to hold on to power.
In 1980, it was through control of the Elections Commission and it’s machinery, deletion of names from the voters list, abuse of postal and proxy voting, fraudulent double voting, voters given wrong ID numbers only to be told that their names are not on the voters list and living persons being told they were dead. In both cases, they were denied the right to vote and turned away.

In 1985, again it was control of the elections commission and its machinery, the recycling of PNC supporters from one polling to another, seizure of ballot boxes by security forces and taken to unknown destinations where ballots were switched and physical eviction of polling agents from polling places.
Those elections were condemned as “Crooked as barbed wire.”

In 1990, the Elections Commission produced a flawed and bloated voters list, which was rejected by all the political parties contesting the elections. The election was postponed for two years in the course of which significant reforms were implemented resulting in the first free and fair elections being held in 1992.
What we are witnessing today in the aftermath of the March 2, elections is reminiscent of what we experienced in previous. Take the 1973 elections for example. Ranks of the Guyana Defence Force hijacked the electoral process and seized the ballot boxes.

The Elections Commission could not account for the location of the boxes though everyone knew the boxes were at Camp Ayangana.
When the boxes eventually arrived many days later at Queens College, one of the three central counting places, (there was no counting of votes at the place of poll in those days) it was clear that the boxes were tampered with as well as the ballots in the boxes.

In that elections, the PNC claimed it’s electoral fortunes had jumped from fifty five to seventy one percent of the votes ‘because it had made a breakthrough in PPP strongholds’.
And because they were monitoring the movement of the ballot boxes, a practice that has become acceptable today, two young men were shot and killed outside a polling place at Number 63 village on the Corentyne.
Claiming rigged elections and denouncing the fraudulent results of the ‘73 elections the PPP embarked on a campaign of Civil Resistance and Non-Cooperation.

To this day, Mr Granger, who was a commander of the GDF at that time has had to fend off persistent allegations of his involvement with the role of the army in those elections.
As a result of the brazen and illegal seizure of power, the elections were branded ‘Fairy tale’ elections. The general belief that emerged from those elections was that change, or, power, could no longer be secured through the ballot box and that the alternative was dictatorship. That alternative came to pass, lasting for twenty eighty long years.

We come now to the sordid occurrences of the March 2, 2020 elections.
Unable to supply his weekly column in another newspaper, Ian McDonald put the occurrences more succinctly; “The affront to democracy is contemptible. In future “My vote counts” will mean nothing – “Accept what is imposed.” He wrote.
Writing in that other newspaper on January 5, 2020 Henry Jeffery had this to say;
“Even stalwart PNC members would now not seriously deny that their party blatantly manipulated national elections between 1968 and 1992. And if the PPP is correct about the 2015 elections the PNC is still in the business.”

And Tacuma Ogunseye in a letter to the editor in yet another newspaper published on June 21, 2018, warned the APNU+AFC that to win the 2020 elections the coalition “Has to craft a message that elections rigging is not an alternative. This message (to coalition supporters) must be clear, concise and consistent.”
Bibi Shadick in the June 13, 2018 edition of the Kaieteur declared that “GECOM is setting the stage for a result that would be very unpalatable.”
David Hinds writing in KN on June 17, 2018 said; “The PNC leadership in government cannot defend itself against charges of rigging.”

And Kaieteur News on June 16, 2018, reported Bharrat Jagdeo, at one of his weekly press conferences declaring, “There will be no peace if the 2020 elections is rigged. There will be consequences if they think they will rig and have the kind of peace we have now, they are wrong.”
GECOM stands exposed and condemned in its efforts to thwart the will of the electorate.
Since 247,479 votes cast were verified between Tuesday 3rd and Wednesday 4th March, it would be safe to say it would take less than two days to verify the remaining 215,854 votes cast.

In the end, no one can say that there were no warnings nor suggestions, there were, but they were not heeded rather, they fell on the deaf ears belonging to those encamped within the hierarchy of the APNU+AFC coalition.